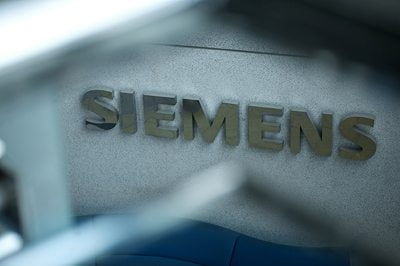 Siemens has seen positive results from its Females into Industry Challenge, which aims to welcome more female apprentices and give the business a “leading edge over its competition”.

The initiative, which began in 2003, focuses on recruiting females into the workforce at its Lincoln business. It was set up to demonstrate to girls the rewards of a career in manufacturing engineering and to ultimately increase the number of females applying for an apprenticeship at Siemens.

The programme sees 14-year-old girls from across Lincolnshire complete a two-day challenge, in which they make a desk tidy by using basic materials and traditional hand skills, and return a year later for a one-day challenge. Girls that participate are subsequently offered work experience.

Martin Hottass, manager of skills and learning governance at Siemens, said, “The impact of having more female engineers at Siemens has been excellent. It makes us far more representative of the population and has changed the perception of engineering as a whole.”

Over the years Siemens has seen a 20% rise in the number of females taking up apprenticeships. This compares to just 6% nationally and demonstrates the success of the scheme.

The company argues that large businesses need to be reflective of the community they serve, and suggest that having a good mix of men and women in the workforce gives it a different perspective. It adds that by tapping into the talent amongst females, the firm is filling a skills gap.

Angela Borman, entry level talent manager at Siemens in Lincoln, runs the programme and commented, “Over the last ten years we have seen many positive changes in the numbers of women applying. Around 10% of application are now from women.”

One of the ways the programme engages with the girls is to have existing apprentices, both male and female, support those taking part in the project. Borman explains this makes it “far more interesting so that the girls can really start to consider engineering as a career”.

Other industries have also been urged to encourage women and make pay fairer. Research published earlier this year found that the UK had made progress on narrowing the gender wage gap and increasing female labour, but still ranked just 18 out of 27 OECD countries.