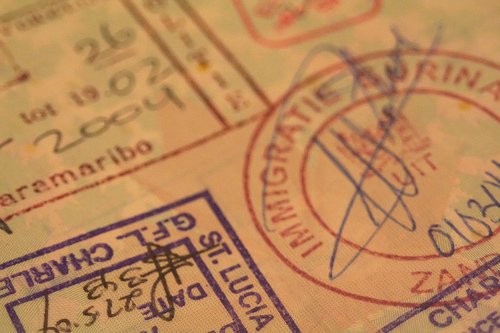 However, it couldn’t last. As global warming and carbon control became pressing issues, anything that was considered a ‘non-necessary’ use of the Earth’s resources was deemed wasteful and contrary to the aims of the green movement. Whereas, once, the airlines had opened up new frontiers for the man on the street, they became irrevocably linked with pollution, noise and ecological damage, not only at home but also abroad.

Despite calls from the green lobby, though, tourism is still big business – and it’s only getting bigger. In 2009 it was estimated that over 9 percent of global GDP came from tourism, with 8 percent of the world’s people dependent on the industry for their employment (MercoPress) – everyone from the concierge at a fancy Las Vegas hotel right down to the man running local tours for visitors to a village in Thailand. When we talk about cutting back on tourism for the sake of the planet, the side effect is always going to be that some people lose their livelihoods, including those who have few other options when it comes to work. In many ways, it’s the ultimate case of being stuck between a rock and a hard place: the choice between responsibility to the environment and helping people trying to earn a living from your business.

Thankfully, the twin notions of eco-tourism and sustainable tourism set out to help both sides of the problem. Eco-tourism is generally defined as travel that directly supports local regional economies while striving to have a minimal negative impact on the destination or on the environment during the journey. It’s this sense of responsibility that helps to ensure (as far as is possible) that harmful effects on the planet are kept to a minimum, balanced with creating the most good for the local population.

Practically by definition, you’re unlikely to see an eco-tourism travel agent on your local high street. They tend to be small, independently-run organisations that make provisions for clients to visit very small regions its workers know personally (often a single city). Such experiential knowledge means they are best able to provide information about how to travel responsibly without damaging the local equilibrium. Additionally, many sustainable eco-tourism agencies take great pains to ensure the cost of offsetting a holiday’s carbon footprint is included in the price, helping your trip to remain carbon-neutral (and, in some cases, even carbon-negative, taking more CO2 out of the environment than it puts in). This can include planting new trees around the world, or helping to shift to more renewable sources of energy where appropriate. Buying carbon offsets can be a surprisingly cost-effective way of preventing your holiday from doing undue harm to the world around you: a round-trip from Heathrow to Bangkok airport might be almost 13,000 miles and releases two tonnes of carbon dioxide, but the cost of offsetting it can be as little as £20 per person.

Whether you make it or not, the choice to be economically responsible – to ensure that your money goes to those who need it while helping to promote and preserve sites of geographical importance without polluting excessively – is always going to be better than having no choice at all. It’s a (perhaps uncomfortable) truth of progress that we can’t uninvent the atom bomb, and we’ll never be able to get toothpaste back in the tube. People are always going to want to explore the wider world, and, as the situation stands, that’s often going to involve the use of airlines and fossil fuels. However, it’s far from impossible to find a holiday package that will allow you to do the least harm – it just needs a little more work on your part than slapping down a debit card at your nearest high street travel agent and hoping for the best. Instead, consider checking out a responsible, sustainable alternative, and ensure that your time abroad isn’t at the cost of the planet as a whole.