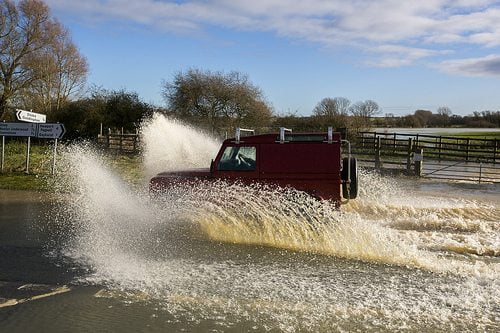 The Environment Agency has warned that some parts of the UK remain at risk of flooding well into next week, with many regions already suffering at the hands of the recent extreme weather.

The organisation has issued 73 flood warnings across the UK and 213 flood alerts. Flood warnings are issued when flooding is expected, and the agency warns people that “immediate action [is] required”.

Extreme weather, including strong gales and heavy rainfall, began over the Christmas period in the south-west when some residents were left without power for about five days.

Many other parts of the UK have since experienced disruptions to everyday life, with strong winds and rainfall, combined with high tides, causing particular problems for residents at coastal areas. On Friday, around 100 students living on the sea front in Aberstwyth and Borth, Wales, were evacuated from their accommodation after waves were breaching the sea wall.

There have a few incidents of individuals being reported missing amid the storms, but some search operations have had to be called off due to the weather conditions.

Harry Martin, an 18-year-old photography student from Newton Ferrars, left his home on Thursday to go out taking photographs of the stormy sea, but didn’t return.

The Environment Agency are warning communities should “stay vigilant” as the storms continue.