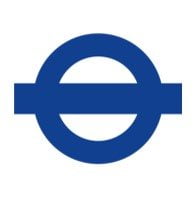 Darren Johnson, Green Party London Assembly Member, joined student activists handing in a 20,000 strong petition calling on Transport for London to clean up their supply chain. In three days 20,000 people responded to the petition on the SumofUs website to put pressure on Transport for London to join labour rights monitoring group, Electronics Watch.

This follows the student’s protest this week in which supply chain ‘robots’ invaded City Hall on 26 November. The campaigners claim that conditions for workers in the global industry are dire; with a recent report showing students in China are being forced to work in factories producing ICT for the public sector in the UK. Some of the brands mentioned in the report are among the biggest suppliers for Transport for London and the UK public sector generally.

Questions asked in October at the London Assembly by Darren Johnson called on Transport for London to use the estimated £300m they spend on ICT and other electronics responsibly. The students are calling on TfL to use those contracts to insist on better standards for workers.

The student campaigners from the People & Planet network have reiterated that Transport for London can take a huge step towards ethical electronics by joining Electronics Watch, an independent labour rights monitoring body focusing on European public sector supply chains.

Transport for London are currently deliberating whether to join Electronics Watch and will make their decision in the next two weeks.

Darren Johnstone, Green Party & Greater London Authority Member said: “The Greater London Authority group should be leading the way in ensuring the goods and services we buy on behalf of Londoners are ethically sourced. We need robust checking of our supply chains to satisfy ourselves that exploitation and abuse play no part in the production of the things we buy or services we use.”

Dela Anderson, Student from Kings College London said: “In only a few short days we have shown the strength of feeling ordinary Londoners and people around the UK have about workers rights in our supply chains. We can no longer claim ignorance and we can no longer ask people in the Global South to pay the price for our public bodies. Hopefully the decision makers at Transport for London will do the right thing and join Electronics Watch”