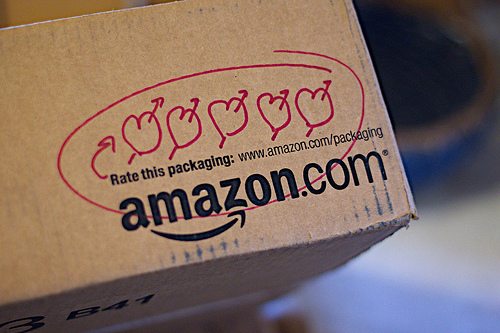 Joining Apple, Fiat and Starbucks, the online retail giant Amazon is next in line to be investigated for tax avoidance, where countries like Luxembourg are used to side-step paying regular corporation tax.

The EU’s competition commission, currently charged with investigating the financial arm of the leading tax avoiders, has requested the Grand Duchy of Luxembourg surrender the financial details of Amazon’s tax payments.

Talking to the Financial Times, an EU official said, “We are looking into what kind of arrangement Luxembourg has with Amazon.”

The retail giant currently has its headquarters based in Luxembourg, where corporation tax rates are relatively low in comparison to other EU nations.

A similar investigation has also exposed the use of Ireland by Apple and the Netherlands by car manufacturer Fiat for similar tax avoidance schemes –originally exposed by a US senate investigation last year.

In particular, the commission is scrutinizing the ‘transfer pricing’ arrangements between the corporations and the countries where they distribute their profits.

EU governments are currently having to implement austerity measures, cutting public services and state benefits – forcing greater attention to be paid on large scale tax avoidance schemes being used by corporations like Amazon.

The current request for details from Luxembourg is thought to the first stage in the eventual opening of a proper investigation into Amazon’s tax structure.

The company has also been recently scrutinized for its working conditions and business practices – highlighting the overworking of warehouse staff and the deliberate closing of competing businesses.

The commission does retain the power to force repayments if sweetheart deals have been used – including the repayment of lost revenues due to the schemes.