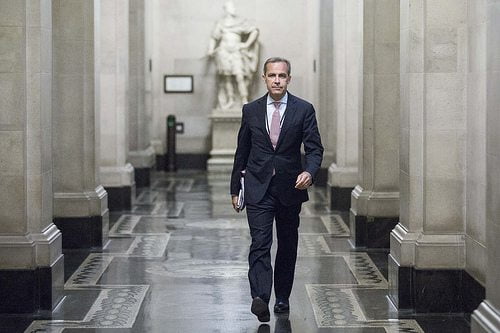 The governor of the Bank of England Mark Carney has revealed that he has been asked by George Osborne to review whether new powers should be given to the Bank in order for it to have greater control over its balance sheets.

Appearing before the House of Commons’ Treasury committee, Carney said that the chancellor had asked the Bank to review whether its Financial Policy Committee (FPC) felt that such new powers could prevent another financial crash.

Although the FPC currently acts as a regulator, it does not have the power to directly intervene in the running of banks’ lending practices, but Carney said that this was something currently enforced by regulators in his home country of Canada. He added that this prevented a meltdown on such a big scale during the financial crash.

He also said that leverage ratio – the amount of capital held by a bank in relation to its total assets – is an essential tool in controlling lending.

“If I could pick one element that was essential to the performance of the Canadian banking system during the crisis, it was the presence of a leverage ratio”, he said.

The Prudential Regulation Authority (PRA) said in June that five of the UK’s biggest lenders must raise more than £13 billion in order to close the gap in their balance sheets.

The Treasury committee also disclosed a letter, sent to the governor of the Bank of England by Osborne, which said, “Now is an appropriate time for the FPC to consider whether and when it needs any additional powers of direction over the leverage ratio, how it should use these powers and how any new powers would fit in with the rest of its macro-prudential tool-kit.”

The review is expected to last around a year.

Carney also described the Royal Bank of Scotland’s treatment of businesses, revealed in a report by entrepreneur-in-residence Lawrence Tomlinson, as “shocking”. Tomlinson’s report suggested that RBS had lent as little as possible in order to stay ahead of its competitors, whilst putting businesses into its Global Restructuring Group (GRG) and selling off all the assets to make as much as possible.