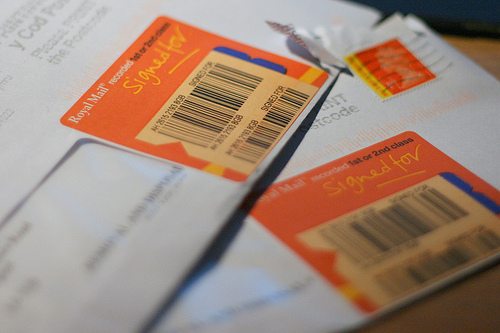 A committee of MPs is set to question investment banks Goldman Sachs and UBS on November 20 over issues with the Royal Mail’s valuation and allegations that they favoured foreign investors.

The pair were the two lead banks that advised the government on the sale of the Royal Mail last month. JP Morgan, Citibank, Panmure Gordon and Deutsche Bank will also appear in front of the committee and are reported to have suggested higher valuations.

The Royal Mail’s opening share price was 330p, valuing the company at £3.3 billion, despite objections that this was too low. At the time Panmure Gordon commented that the company had been “undervalued by more than £1 billion”.

Shares are currently trading at 557p, significantly more than they opened at and suggesting it was undervalued by more than £2.2 billion. The undervaluation led to a last minute rush to buy shares, because it meant investors were likely to enjoy instant profits.

There have also been concerns that banks favoured foreign investors, including sovereign wealth funds.

A City source, told the Guardian, “The Royal Mail was probably a bit cheap, but it is one thing to sell it at cut-price to UK pensions funds… There was a disproportionate amount of shares that went to sovereign wealth funds.”

On November 27, the committee will also hear from business secretary Vince Cable and business minister Michael Fallon. Investment bank Lazard, which acted as an independent adviser to the government on the valuation of Royal Mail, and the shareholder executive will also be represented.

Government could start to RBS privatisation in mid-2014