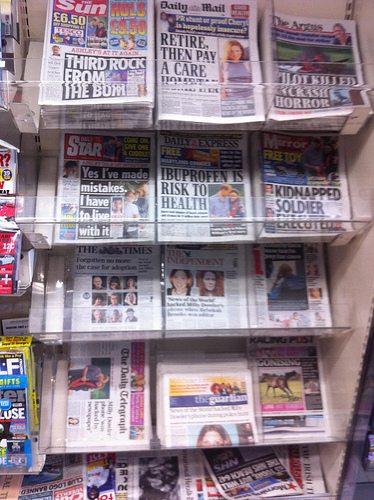 We take a look at what the newspapers and financial papers says about the last budget of this government.

The Telegraph categorised the Budget speech as a triumph for the “lucky” chancellor where he put, “electioneering over economics”. They concluded that, “It’s a great tragedy: had Mr Osborne cut further in his first few years in office, he would now have greater ammunition to reduce the burden of taxation in a more meaningful way. But past errors cannot be undone. The Chancellor has been stunningly fortunate over the past year, with a budgetary windfall allowing him to escape, Houdini-like, total fiscal humiliation. He will be hoping that his luck – and that of his party – holds up over the next few weeks.”

The Guardian headlined with “Here comes the sun,” adding a caveat that with, “Or at least that’s what he wants you to think”. Their editorial labelled his as the ‘Chancer Chancellor’, “He poses as a steadfast steward, but the record as well as the budget suggests that he is a man who reliably puts expediency above principle.” They concluded that, “…Mr Osborne is now well-placed to engage in sure-footed politicking. Put all this together with a few commonsensical lines about moving back from the red to the black, and you can see the Osborne prospectus for May. But the deal still isn’t sealed, not least because – whatever statistics he might cherrypick on living standards – Britain is exhausted by a near decade of stagnation. And there’s a fine line between exuding confidence and looking cocky.”

The Financial Times’ front page dryly reported that “Osborne eases austerity in bid to spike Labour’s election guns.” Inside they went on to say that the “UK has reasons to be cheerful but not complacent.”

City AM reported that George Osborne had found his mojo, “The election is a battle between people who are frustrated about life in modern Britain – who will lean towards Labour or Ukip – and those who think things are actually kind of OK. Osborne’s sunshine Budget was a confident pitch to the latter.”

The Daily Mail’s front page echoing The Guardian screaming that the “Sun shines on savers.” While Simon Heffer asked, “How could any sane Labour voter not switch to the Tories?”

The Investors Chronicle gave a useful budget proposal by budget proposal response, “George Osborne’s last budget before the general election was a combination of headline grabbing changes to retirement funding and tinkering with taxes, while the improving economic picture is giving the government’s finances a healthier hue.”

FT Adviser echoed the Telegraph and Guardian position saying that this was a budget where there was, “Political point scoring over economics.”

This morning the big clash was between the Osborne-established independent Office for Budget Responsibility which described the post-election plans as a roller coaster and Chancellor Osborne’s denial of the white knuckle ride.