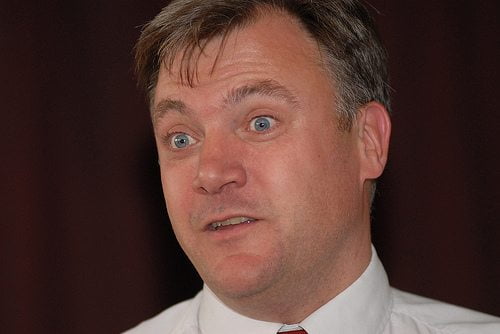 The shadow chancellor Ed Balls has said the Labour party is in favour of a decarbonisation target for 2030 and ready to provide a boost to low-carbon investment.

Speaking at Labour’s annual conference in Brighton, Balls said the Conservative government had postponed the borrowing power of the Green Investment Bank and put the energy policy in crisis.

He said, “We will legislate for a decarbonisation target for 2030 and unlock billions of pounds in new investment in renewables, nuclear and clean gas and coal technology.

“And we will give the Green Investment Bank the borrowing powers it needs to do its job.”

Over 60 companies and associations recently called for a Europe-wide legally binding target for 2030 on renewable energy and clean technology, after hopes for the inclusion of a decarbonisation target in the energy bill were dealt a blow during a House of Commons vote in June [http://blueandgreentomorrow.com/2013/06/04/house-of-commons-energy-bill-decarbonisation-target-vote/].

In a speech at the Green party annual conference last week, its leader Natalie Bennett accused the Labour party of supporting fracking.

Friends of the Earth’s director of policy and campaigns Craig Bennett welcomed the fact that Balls recognised that Britain needed a long-term plan focused on green growth and decarbonisation.

He said, “Mr Balls’ promise to let the Green Investment Bank borrow to invest and bring in a 2030 target for clean energy is exactly what we need to restore battered investor confidence.

“But with living standards falling, Mr Balls should’ve backed a nationwide insulation programme to cut bills, which would be a far more prudent use of cash than HS2.

“[Today,] Ed Miliband must put low-carbon at the centre of his speech and take the opportunity to slam the government’s green record so far.”

Mary Creagh MP: cost of living crisis is changing what we eat