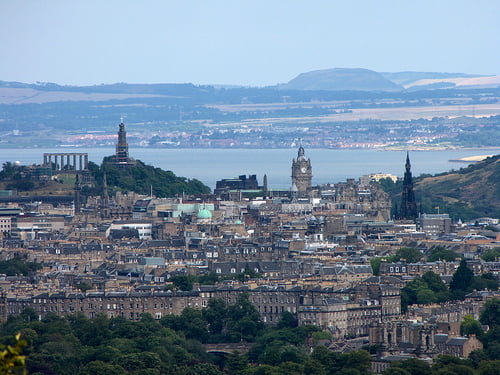 The Green Investment Bank (GIB) is on the verge of finalising the location of its Edinburgh headquarters, as it nears closer to its official launch in October.

The bank is expected to unveil Atria One, an under-construction BREEAM rated office complex in the city which is due for completion early next year, as its permanent base.

In the meantime, the GIB has set up a temporary home at Waverley Court, with a number of its new 140-strong staff team already having made the move to Edinburgh.

“We’re grateful for the assistance and support we’ve received, not only from the council but also the Chamber of Commerce, Scottish Financial Enterprise, parliamentarians and other leading figures from the community”, said GIB chairman Lord Smith.

“Collectively, they recognised the unique benefits of bringing the bank to Edinburgh and formed an excellent partnership that presented a compelling case for the city.”

The decision to locate the GIB in Edinburgh, with a supplementary transaction team based in London, was seen by some as too predictable.

This feeling was echoed in Blue & Green Tomorrow’s Battle for the Green Investment Bank series, in which after careful analysis, Nottingham emerged as the most appropriate home for a bank that would be leading the UK’s charge towards a green economy.

And this isn’t the only bit of criticism that the GIB has received. Earlier this month, a prestigious group of non-governmental organisations, including Friends of the Earth, Greenpeace and WWF-UK, wrote a letter to David Cameron and Nick Clegg urging them to rethink the GIB’s strategy, or it would surrender its intended “transformational” impact.

“The institution will only flourish if it can be demonstrated clearly that it is both ‘green’ and a ‘bank’”, the letter, which was seen by BusinessGreen, reads.

“Unfortunately, the legislation now in parliament to set up the GIB fails on both counts.”

It was announced in June that the GIB’s initial £3 billion kitty would go towards 20 “big ticket deals”, with each receiving between £50-£200m in funding. Two of the first deals were announced to be investments in waste sector funds, with Foresight Group (£50m) and Greensphere Capital (£30m) the beneficiaries of the inaugural transactions.