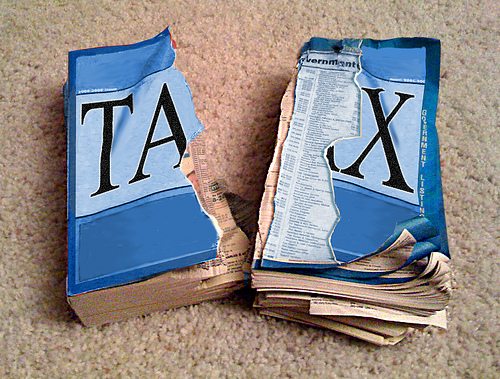 The world’s first organisation dedicated to accrediting businesses that are fully open and transparent about the tax they pay is seeking to grow its operation by raising £70,000.

The Fair Tax Mark wants to raise the money in order to further its campaign for tax justice. It is asking anyone who shares its vision to invest.

The accreditation scheme was set up in February this year and acknowledges those companies that are responsible and transparent about their tax affairs, making a “genuine effort” to pay the correct corporation tax at the right time.

The campaign follows a longstanding debate over the way in which large multinational corporations, including Starbucks, Amazon and Google, were using loopholes in international and UK tax laws to avoid paying the tax they owed.

The Fair Tax Mark is encouraging anyone who feels passionately about tax affairs and companies paying the right amount of tax to become community shareholders. It is aiming to sign up 350 businesses within the next three years.

Rob Harrison, a director at the Fair Tax Mark and co-founder of Ethical Consumer magazine, said, “This is an exciting opportunity to invest in a genuinely groundbreaking project which has no precedent anywhere in the world.

“We are looking to use the power of accreditation to encourage responsible behaviour in a completely new area and one which has important consequences for the way our future societies develop.”

He added, “We are asking anyone who shares our vision to become part of it.”

HMRC recently announced plans to engage with the international community in order to crack down on tax avoiders, including individuals.

Plans announced by the chancellor in his budget this year were criticised by MPs this week however, who said that tax officials often make mistakes.