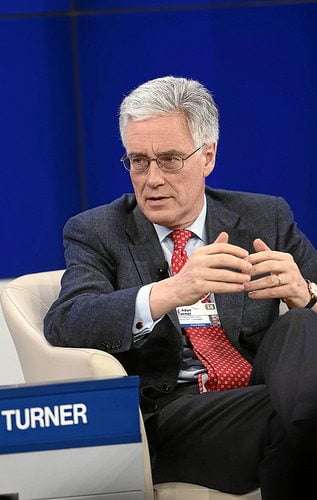 Lord Turner, the former chairman of the Financial Services Authority (FSA), has condemned what he calls “debt pollution” within the UK economy.

Delivering a lecture in Frankfurt on Monday, he spoke out against practices within mortgage lending and high-interest payday loans.

“We seem to need credit growth faster than GDP growth to achieve an optimally growing economy, but that leads inevitably to crisis and post-crisis recession”, he said.

“My argument […] suggests that already agreed reforms to financial regulation, though undoubtedly valuable, are inadequate to prevent a future repeat of a 2007/08-style crisis.

“But it also suggests that much pre-crisis economics and finance theory presented an inadequate account of the role of credit creation within an economy, and of the consequences of resulting leverage.”

Turner, who was at one time shortlisted to succeed Mervyn King as governor of the Bank of England before Mark Carney got the job, also suggested that credit was mainly used to support investment.

“In fact, most credit in advanced economies does not serve this function, but finances either household consumption or the purchase of already existing assets, and in particular the purchase of real estate and the irreproducible land on which it sits”, he said.

He recommended that rules be implemented in order to prevent a credit boom, including requiring mortgage lenders to assess whether borrowers can afford repayments if house prices increase, separating the commercial sectors from other sections of banks and constraining the supply for payday lenders.