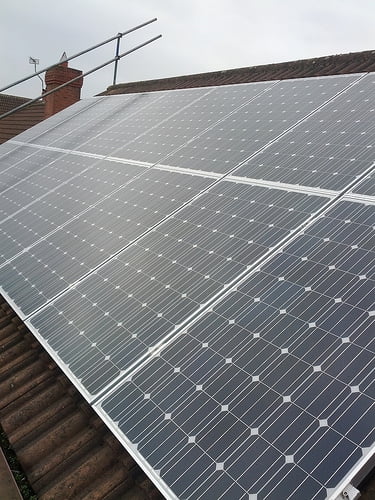 An all-party group of MPs has advised the Government not to ignore its green investment agenda in favour of economic growth.

The Environmental Audit Committee, a group of 16 MPs, has said in a report that “the whole economy will need to be green and traditional sectors will need to be transformed” in order for the UK to realise long-term and sustainable economic prosperity.

Chair of the Committee, Joan Walley MP, said, “The Treasury seems to see environmental regulations as nothing more than costly red-tape, but what we are talking about here are vital laws to give us clean air, safe food, and a thriving countryside.

“If this process reduces bureaucracy and improves outcomes, as the Government claims, then we will support it.

“But it would be irresponsible to get rid of sensible regulations in a desperate dash for growth and we will be watching ministers very carefully on this.”

George Osborne’s budget statement in March certainly appeared to place environmental measures lower down in the pecking order, with the Chancellor merely flirting with green issues in the speech.

The Environmental Audit Committee’s report argues that measures to guide the UK towards a green, or low-carbon economy should not be seen as a “cost or block to economic development”.

It adds that the current strategy in place is “too focused on voluntary action and fails to set a clear trajectory or any time-bound milestones for businesses to achieve”.

A recent report by the Renewable Energy Association (REA) outlines the potential of a green economy, with the renewable energy sector alone accounting for over 100,000 jobs and turning over some £12.5 billion a year in 2010/11 – figures that are only expected to increase.

“The Government needs to enrich its understanding of the benefits of renewable energy investment”, said Gaynor Hartnell, chief executive of the REA.

“Currently this debate is being pushed forward on an ad hoc basis by various timely reports and well-informed politicians from all parties.

“There is frustration that Government leadership is missing in practice, despite notable speeches, for example by Nick Clegg, on the importance of prioritising investment in energy infrastructure.

The predominant calls emerging from the Committee’s report is for the Government to act upon its words. Energy secretary Ed Davey called for a greater investment emphasis on clean energy at the Clean Energy Ministerial last month, but the industry will only thrive once plans are in place to make this a reality.

The Government is set to announce the draft of the Energy Bill this afternoon. Blue & Green Tomorrow will of course be on hand to bring you all the latest.