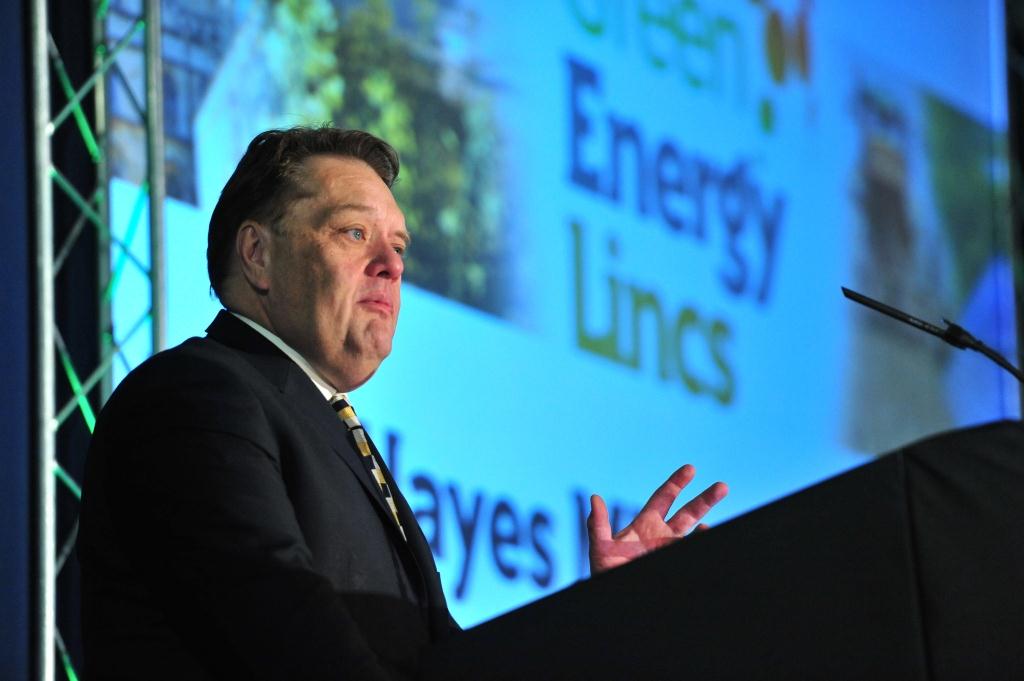 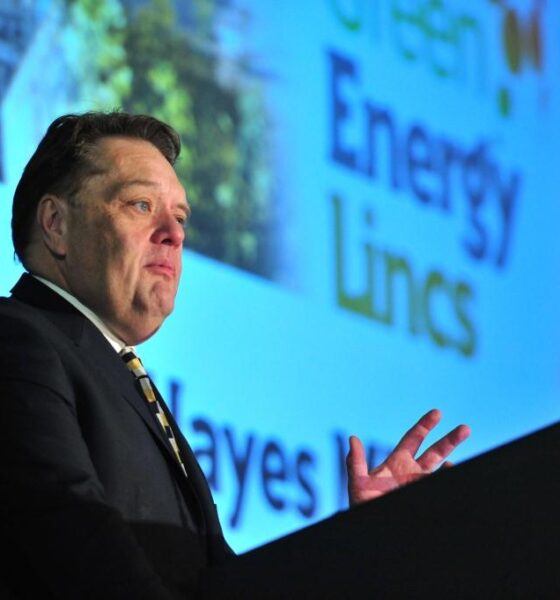 John Hayes delivered a keynote speech at a renewables event in Lincolnshire yesterday, but failed to reassure the industry that the government is fully behind further development of established clean energy technologies such as onshore wind.

The energy minister was speaking at Green Energy Lincs, a conference that brought together some of the biggest names in the county’s renewable energy industry.

Delivering a talk at the beginning of the day, Hayes focused on renewables, energy generally and how the government plans on creating sufficient light and heat to meet demand.

“It would not be unreasonable to say that 20 years ago, we knew that we had an ageing infrastructure and we knew that we would need to invest very heavily in order to meet demand in new plants, but unfortunately, deferment and delay has characterised strategic thinking on energy for too long”, he said.

“That has left us in a situation where we now need to take speedy action, simply to ensure that demand meets supply.

“You can be assured that this government will take just such speedy action and I hope that you will, when you see the energy bill, recognise that that action is designed for clarity, consistency and certainty, and sufficient to deliver confidence, which will lead to investment.”

The clarity, consistency and certainty mentioned by Hayes are facets that the renewable energy industry has lacked in recent months. The government has cut the feed-in tariff rate for domestic solar installations on a number of occasions, showed instability with regards to the Renewables Obligation and so far failed to live up to its pre-election claims of being the “greenest government ever”.

Meanwhile, Hayes’ involvement in an alleged Conservative anti-wind strategy in the recent Corby by-election raised questions over government policy into onshore wind. And on top of this, David Cameron has failed to show the kind of leadership needed in delivering a sustainable economic recovery.

However, in his speech at Green Energy Lincs, Hayes outlined the important role that clean energy must play in the UK’s energy mix.

“The UK has many strengths, and to take just one example, our coastline lends itself towards wave and tidal resources at a level at which many countries with rather different geography would be rather jealous. We must make use of that potential.

“And as well as contributing to the energy mix, and our wider objectives, renewable energy is a clear growth sector, making a significant economic and employment contribution.

“We know that renewables, particularly offshore wind, provide significant opportunities for growth and jobs, including in an associated supply chain.”

These claims would be strongly opposed by the Offshore Valuation, which in a report found that just 29% of “practical offshore renewable resources” could account for the equivalent of one billion barrels of oil. Therefore a wholly renewable future is in fact conceivable; but policy and investment remain stumbling blocks.

After Hayes was slapped down by Lib Dem energy secretary Ed Davey for comments he made in the press about onshore wind development, it was perhaps predictable that the minister chose to omit any mention of the technology in his speech. Indeed, he only mentioned offshore wind three times.

However, in a brief question and answer session, he was asked by Michael Parker of RWE Npower Renewables whether he’d had any feedback on his comments, and if so, whether that feedback had been targeted on the creation of the subsequent “backdrop of uncertainty” within the onshore wind sector.

Hayes tiptoed around the question and instead responded by highlighting the ‘call for evidence’ issued by the Department of Energy and Climate Change (DECC) into the cost and community engagement, ownership and benefit of onshore wind.

He added, “I’m not going to comment on the specifics of any particular planning matters, locally or more widely, because that would be inappropriate, but I think it is critically important that we get a different kind of paradigm in terms of the way communities interface with energy.

“And by the way, I don’t think it’s particular to a single kind of energy; I think it’s true across the whole range of infrastructural investments. Community engagement is critically important across several other kinds of renewables, and though our call for evidence is specifically on onshore wind, frankly some of the principles apply much more widely.”

Parker, who gave an overview of wind power in a speech later in the day, posed a further question to Hayes. He asked, “Given that your own department’s figures state that well over 60% of people are in favour of onshore wind, and that we are looking to work increasingly closely with local communities, it very is a very vocal minority that tend to shape decision-makers’ views and opinions. How would you suggest that the industry tries to overcome some of those issues?”

In response, the energy minister said, “The planning system is very local and very particular. Obviously I’m very familiar with this not only as a local MP but also as a former member of a local authority, and inevitably, we looked at each case on a case-by-case basis, and whilst these polls are interesting, you’ll know very well from your own business perspective, it’s actually what applies in the local circumstance that really matters.

“The local authorities will make these decisions ultimately in particular places, and their engagement in this is critically important.”

Hayes’ ominous comments on onshore wind in particular will struggle to reassure those in the industry that the coalition government is fully behind its further development, so it is left to the energy bill, which the minister said will “create sufficient certainty to underpin investor confidence”, to outline the role that renewable energy will play in the coming years.