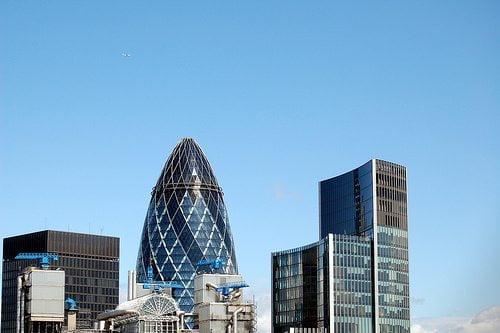 How you pay for the City: episode two review

In the second episode of a four-part BBC Radio 4 series, David Grossman continues his investigation into how you pay for the city. This time, he digs deeper into the world of finance to find out the actual cost of saving for a pension.

In order to enjoy their retirement, pensioners need money, and often the most efficient way of doing so is by years of hard work, saving and paying into pension funds. This seems obvious, right?

According to Grossman, this is not so. He found that the British system is often flawed by strategies that are expensive on returns. One saver who Grossman speaks to in the programme said that the exact amount he had paid in to his pension had been topped up by just 5% during a period in which the FTSE 100 had grown by around 60%. So, where has all this money gone?

In his first episode, it was revealed that the high costs of investment chain management, multiple intermediaries and complexity often drive up the cost of saving. In addition to this, the way in which returns are generated often minimise the returns that are actually seen by investors.

“In Holland”, says David Pip-Watson, who used to manage BT’s pension fund, “they set up huge collective schemes into which everybody puts their money. Those big collective schemes are structurally much more efficient and lower cost than the way in which we do it.”

Watson attributes the low returns of a UK saver, typically 50% less than a Dutch counterpart, to companies not being able to afford the rising pensions bill. Employers can no longer afford to pay for longer when people’s lives are lasting much longer than ever before, so instead they place the money into an individual savings account (ISA), often with minimal returns.

Although the costs of managing the investment industry have gone up in recent years, returns haven’t. In effect, savers are paying more for the service and getting less from it. Why is this?

“One thing that drains a fund is churn”, says Grossman. Churn is the excessive buying and selling of stocks in search of returns, and for every transaction that is made, some intermediary somewhere along the 16-layered chain will bill investors for their troubles.

Dominic Hobson, an industry expert, tells Grossman that a study he carried out found that there is no correlation between high churn and return rates. Fund managers therefore have no reason to excessively trade; after all, if the performance of the fund is low then their share of the profits will be lower.

But there are some benefits to fund managers creating business for brokers, and the brokers will often reward fund managers for doing so.

In addition to this, managers can also create revenue through stock lending. Gina Miller, who left the industry after concerns over excessive fees and hidden charges explains this concept.

“If you get a new car and you went to bed at night knowing that your new car is on your drive, stock lending is like someone comes along with a spare key, takes it out for the night as a taxi driver, earns income from your car and you will have no idea in the morning that it’s gone”, she says.

The proceeds from lending stock belong to the owner, right? This is not always the case; fund managers have been known to pocket the fees themselves. Recent rules stipulate that fund managers can only take “reasonable costs” from the fees paid by lenders, but the lack of clarity means that in some cases, fund managers are taking 40% of the proceeds.

Is it more regulation, then, that is needed? Economist John Kay disagrees. He says that more regulation would require an addition layer each time. Who regulates the regulators? Who oversees those doing the overseeing?

He says he wants to see ethical values at the heart of the industry: “The only way to deal with this actually is to put back trust in the system, but that’s something that required a long period of time and a big culture shift to achieve.”