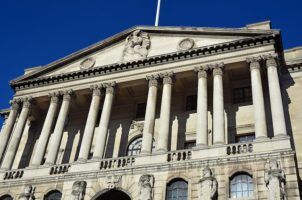 The ‘monetary sledgehammer’ used by the Bank should help to restore consumer and business confidence after the EU referendum vote, but decisions on trade and industrial policy made by the government will be vital to determine the prolonged effect of Brexit on economic growth in the future, according to Resolution Foundation.

Resolution Foundation analysis of new economic forecasts in the Bank’s Quarterly Inflation report today underline why the Bank is right to cut interest rates by 25 basis points as part of a stimulus package including the purchase of £60bn government and £10bn corporate bonds, and a new Term Funding scheme.

Comparing the latest economic forecasts for 2018 with those from the Bank’s Inflation Report in May 2016, the Foundation’s analysis shows that even after taking into account today’s stimulus package;

“Business and consumer confidence has taken a huge hit due to the political and economic uncertainty following the referendum result. The Bank is right to act with the limited armoury it has to restore some confidence in the economy.

“Given that this is an evolving situation and much of the Bank’s ‘package’ remains relatively untested, we’ll need to monitor developments carefully in the coming months. The Bank should be poised to take further action if necessary.

It is clear however that responsibility for responding to the Brexit vote goes beyond the Bank of England.

“The consequences of Brexit – and the path for economic growth in the longer term – rest more on industrial and trade policy than on monetary action.

“The focus should therefore move away from Threadneedle Street and towards both Downing Street and the corridors of powers across Europe, as that’s where our economic prospects will ultimately be decided.”