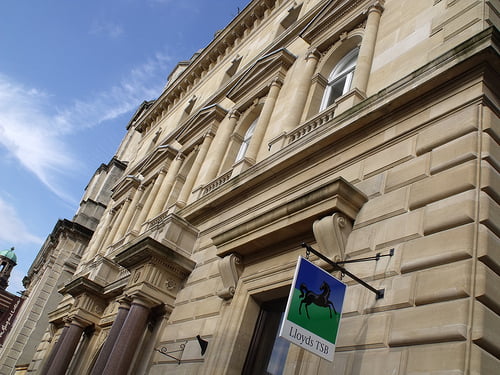 Lloyds Banking Group has revealed it made a £570m loss in 2012 – mainly down to the £3.6 billion it was forced to set aside for payment protection insurance (PPI) mis-selling – but will still be handing chief executive António Horta-Osório a bonus of over £1.4m.

The group, which owns Lloyds TSB, the Bank of Scotland and Halifax and is more than 40% owned by the taxpayer after being bailed out in 2008, dished out a bonus pot worth a total of £365m to employees.

Its pre-tax loss is an improvement on 2011 results, which saw the bank lose £3.5 billion.

“We are making significant investments in our simple, lower-risk, customer-focused UK retail and commercial banking model, thereby continuing to support our customers and helping Britain to prosper”, said Horta-Osório in a statement.

“We expect this to enable us to return to profitability and to grow our core business, to realise our full potential to deliver strong, stable and sustainable returns to shareholders, and to allow UK taxpayers’ investment in the group to be repaid.” 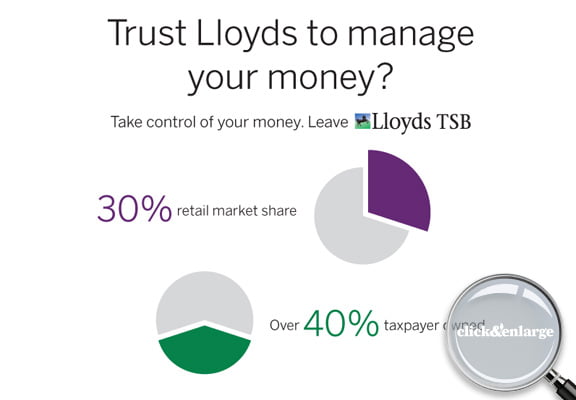 Trust Lloyds to manage your money? (Click to enlarge)

But Lloyds’ decision to reward its chief executive with a bonus worth in excess of £1.4m, despite recording an annual loss, has been met with disdain by campaigners.

“Taxpayer-backed Lloyds is responsible for more mis-selling than any other British bank. Yet Horta-Osório still sees it fit to line his pockets with our money”, said Laura Willoughby, chief executive of Move Your Money.

“It’s time for Lloyds, Halifax and Bank of Scotland customers to hit the bank where it hurts – by moving their money to a more ethical alternative.”

Lloyds Banking Group has so far set aside the biggest sum of all banks for mis-selling PPI to customers – believed to be around £6.5 billion overall. The bank was fined £4.3m by the Financial Services Authority (FSA) for its role in the scandal, and is also being investigated over rigging the Libor rate.

The publication of its annual results follows Royal Bank of Scotland’s announcement that it had made a £5.17 billion loss in 2012 – and paid employees £607m in bonuses at the same time. Sustainable bank Triodos’ yearly figures served as a perfect juxtaposition to RBS’ sorry showing, with the institution recording a 23% growth in both its balance sheet and customer base in 2012 – proving the viability of ethical banking.