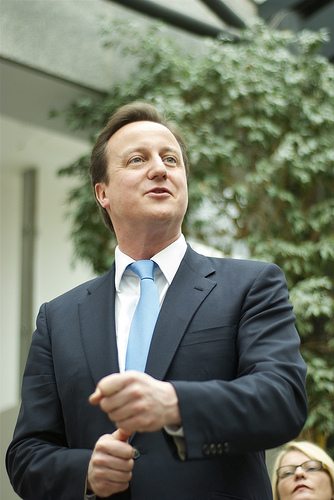 Political rhetoric between EU nations has increased recently, as common ground is yet to be found over whether Russia should be held accountable for the downing of the Malaysia Airlines MH17 civilian passenger jet.

The plane was brought down over Eastern Ukraine, in pro-Russian militant controlled territory, by a highly advanced ground-to-air missile launcher.

The UK, alongside the US and other western nations, has accused Russia of supplying weaponry to the rebels. Some governments have suggested this support has now resulted in the deaths of 298 multi-national civilians – including leading figures in the AIDs research community.

Other EU nations, like Germany and France, have been hesitant to accuse Russia of any great misdoings, while Russian president Vladimir Putin pushes the blame onto the Ukrainian government.

Nations like Germany, France, Spain and Italy, who have all avoided joint accusations of Russia, are predominantly reliant on Russian gas exports and will want to avoid heavy sanctions.

In respect of the ongoing conflict, the UK has called for lucrative arms deals to be stopped with Russia, and in particular a $1bn (£586m) dollar deal between France and Russia for two advanced navy helicopter carriers.

However, this is regardless of an increased British arms shipment of controlled goods – ranging from sniper rifles to night sights -that has been upheld in the wake of such accusations.

French prime minister Francois Hollande has referred to David Cameron as a “hypocrite”, alongside a powerful select committee of MPs who have now cautioned Downing Street. The committee has requested the UK government show “more cautious judgment” in exports to Russia – as the value of arms licenses increased from £86 million to £131.5 million over the last 12 months.

The Labour party have also hit out against the Conservative party, as they claim Cameron has accepted donations worth more than £900,00 since 2007 from Russians with close ties to the Kremlin.

A detailed report, finalised by four Commons committees, of the UK government’s arms exports to 28 countries deemed by the government to be “of human rights concern” has found that the UK last year issued 285 separate licences for the sale of weaponry and controlled goods.

These include, £1.6 million of small arms ammunition, 38 sniper rifles, cryptography equipment worth £74 milllion and the shipping of missile components and launching technology – all too Russian territory.

Vince Cable’s governmental department has insisted all licenses that were granted in regards to arms deals were compliant to regulations.

But Sir John Stanley, chairman of the House of Commons Committees on Arms Export Controls (CAEC), said, “Our view is that there should be a more cautious approach. We have been appealing for a more considered approach to Russia for some time.

“I think many people would be wondering why the UK is giving export approval to the considerable number of items on that list.”

Photo source: Department of Business, Innovation and Skills via Flickr

Britain revealed to have sold sarin gas ingredients to Syria