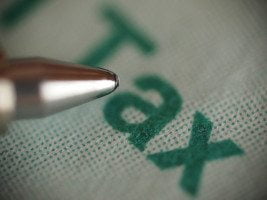 On April 7th 2016 Vigeo Eiris Rating sent a series of alerts to its clients, – investors and asset managers – on 24 companies linked to the “Panama Papers” affair.

These banks are listed as having created offshore companies in Panama for their clients through the law firm Mossack Fonseca. In the wake of these revelations, several banks were questioned by their national authorities: Société Générale, Nordea, Vorarlberger Landes- und Hypothekenbank and Raiffeisen Bank International.

This affair has had significant political and media repercussions, including the resignation of the Icelandic Prime Minister. Several members of the European Parliament started a petition for the prosecution of the banks and intermediaries that “let their clients hide their assets in tax havens without informing tax administrations on the suspicious activities of European citizens” [1]

As part of its corporate social responsibility rating framework, Vigeo Eiris has been assessing the tax strategy of listed banks since 2007.

Furthermore, before these revelations several banks had already faced critics and allegations on their tax behaviour.

Vigeo Eiris assesses the visibility, the precision and the ownership of the banks’ engagement to adopt responsible tax strategies and report on them. The analysis also covers the banks’ publication of a tax payments’ reporting (by country, by region of operations, by division, etc.). The presence and nature of activities in offshore financial centers, their public justification, and more particularly the presence or not in jurisdictions considered by the OECD and the IMF as non compliant on tax transparency rules are also assessed.

Banks as companies not only are expected to implement a responsible tax strategy for themselves and report on it, but they also have a role to play as financial intermediaries, to prevent and avoid the tax evasion of their clients.
Vigeo Eiris has been monitoring very closely the companies involved and will re-evaluate their scores as much as necessary.

These events emphasise the need for external monitoring systems to address the tangibility of the information that companies publish on their own tax policies and tax payments, and that of their clients.