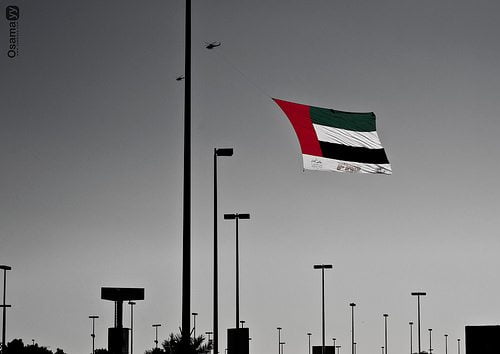 Philanthropists need to be more daring and less afraid of failure, according to a leading economist.

In a lecture at Al Bateen Palace in Abu Dhabi, Michael Green said, “What we need to do more in philanthropy is think and talk about failure.

“Failure has a very potent part in our lives, in our learning processes, but it seems to be an alien concept in the world of philanthropy. Failure is a chance to learn things. You learn more from failure than from success.”

Green gave a number of examples of world-renowned philanthropists, including billionaire Microsoft co-founder Bill Gates, saying that ambition and leadership were the keys to success.

“Bill Gates stuck his head out and took a leadership role in eradicating malaria. He’s pushing for ending deaths from malaria by the end of this decade perhaps”, Green said.

“Ambitious leadership, taking a risk, standing out and saying let’s go for it, let’s do it. He’s doing this not only on malaria but also in school reforms in America.”

The lecture was attended a number of sheikhs and senior officials, including the Crown Prince of Abu Dhabi, General Sheikh Mohammad bin Zayed Al Nahyan.

Al Nahyan has been involved in a number of philanthropic projects, including the Mohammed Bin Zayed Species Conservation Fund, established to provide grants to species conservation initiatives.

Green has co-authored books on philanthropy, including The Economist of Philanthrocapitalism: How Giving Can Save the World, and is the executive director of the Social Progress Imperative (SPI).

The SPI run the Social Progress Index, which ranks nations according to their performance in providing the social and environmental needs of their citizens.

According to the research, the UK “does best” in air, water, and sanitation, and has the “greatest opportunity to improve human wellbeing” by looking at nutrition and basic medical care in more depth. The SPI added that the UK would benefit from greater investment in ecosystem sustainability.