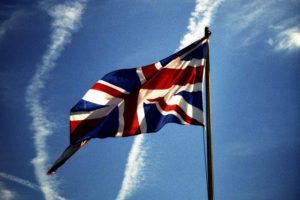 Important new challenges for business and the labour market due to cutting migration, requiring a complete policy overhaul.

Cutting migration could deliver a small pay boost to some low-paid British-born workers, but any gains are likely to be dwarfed by the far bigger weakening of wage growth forecast by the Bank of England in the wake of the Brexit-vote.

This is according to a new Resolution Foundation report published today (Tuesday) on the impact of any-post Brexit reduction in migration on the pay and jobs of UK-born workers and the wider labour market.

The Foundation’s report analyses the impact of migration on the labour market over the last decade, during which the share of migrants in the population has increased from 10 per cent in 2004 to 16 per cent this year. It then assesses how meeting the government’s migration target might affect future earnings and employment, and the challenges this raises for firms and public policy.

The report shows that while the large increase in migration over the last decade has had no impact on the wages of British-born workers overall, it has dragged on earnings in some occupations such as skilled trades and basic cleaning, sales and security jobs.

However it notes that those expecting a wage boost as a result of any post-Brexit vote fall in migration are likely to be disappointed. It shows that even reducing migration to the tens of thousands immediately could boost the wages of British workers in sectors most affected by migration by between 0.2 and 0.6 per cent by 2018. These small increases would be dwarfed by the 2 per cent downgrade to average wage growth made by the Bank in the wake of the referendum result.

The Foundation says that while reducing migration will have little effect on the earnings and employment of British workers overall, it will create new challenges for businesses that the government will need to address in order to avoid firm closures and wider economic disruption.

Lower migration will be particularly challenging for sectors such as food manufacturing, clothing manufacture and domestic personnel services where over 30 per cent of the workforce are migrants.

The Foundation says that simply replacing migrant workers in these firms with British-born workers is not realistic given the large pay differences between the two groups of workers – Eastern European workers typically earn almost £3 an hour less than British-born workers. Firms in migrant-reliant sectors will therefore need to fundamentally rethink their business models or risk closure.

The Foundation says that these low-paying sectors, not just high technology industries, should be a priority for the government’s new industrial strategy so that they are supported through this major labour market shift.

In the short-term this means guaranteeing the rights of existing migrants to continue to work in the UK. This would prevent a short, sharp drop in the number of workers available for work that could threaten the viability of some businesses.

In the medium term, firms – supported by a government industrial strategy – will need to invest in skills and labour-saving technology in order to support more high-paid jobs or replace low-paid roles that can no longer be filled.

The report says that a reformed migration system post-Brexit is likely to include a greater role for temporary workers and therefore also requires a major overhaul of the light-touch labour market enforcement regime the UK currently has.

It notes that the combined frontline staffing of the UK’s three existing enforcement agencies – the HMRC National Minimum Wage Enforcement Unit, Gangmasters Licensing and Labour Abuse Authority and Employment Standards Agency Inspectorate – is less than 350. This means there is just one enforcement officer for every 20,000 working age migrants.

The Foundation says that a new single labour enforcement unit – with far greater resources than the combined agencies currently have – will be needed to prevent new types of illegal migration from overstaying workers, and the undercutting of pay and conditions that could follow.

“The impact that recent widespread migration has had on British-born workers is hotly disputed. While there has been no effect on wages overall, increased migration has caused a slight drag on wages for some low-paid British workers.

“However, those expecting a wage boost off the back of a post-Brexit fall in migration are likely to be disappointed. Any such gains will be dwarfed by the losses caused by the post-referendum slowdown in the economy.

While reducing migration may not have a huge impact on the pay and job prospects of British-born workers, it will create major new challenges for many British-based firms.

“The government must use its new industrial strategy to support these firms, such as food and clothing manufacturers, who have hitherto relied heavily on migrant workers. These firms will need to invest in skills and new technology if they’re to stay afloat in a changed labour market.

“A new migration policy will also need to be properly enforced if it includes a greater role for temporary workers. We currently have just one labour market enforcement officer for every 20,000 working age migrants. In future a new single enforcement unit, with more resources, will be needed to prevent new risks of migrants illegally overstaying their visas and the undercutting of pay and conditions that could follow.”