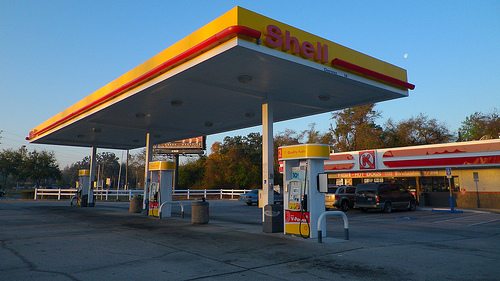 Shell’s new boss Ben van Beurden has issued a shock profit warning, saying that the oil giant’s fourth quarter figures were expected to be “significantly lower than recent levels of profitability” because of “weak industry conditions”.

Van Beurden – who succeeded Peter Voser in January – said, “Our 2013 performance was not what I expect from Shell.

“Our focus will be on improving Shell’s financial results, achieving better capital efficiency and on continuing to strengthen our operational performance and project delivery.”

Shell blamed higher exploration costs and weak industry conditions in downstream oil. Campaign groups have speculated on how these would reflect on investors amid future drilling in the Arctic.

John Sauven, executive director of Greenpeace UK, said, “If Shell is losing money while spending on projects from Texas to Singapore, how  can their investors be comfortable with them spending billions on Arctic projects which are unlikely to earn them a cent  for decades, if ever,  while exposing them to huge environmental and economic risks?”

Meanwhile, Louise Rouse, director of engagement at responsible investment charity ShareAction, said, “The fact that Shell’s profits are tumbling, in part because of high exploration costs, highlights further the need for investors to make sure that the sums add up in the case of the Arctic.

She added, “Oil companies’ approach to capital expenditure is almost Shakespearean – ‘there is money, spend it, spend it, spend more’. With flat share prices and falling profits shareholders should challenge this lack of capital discipline.”