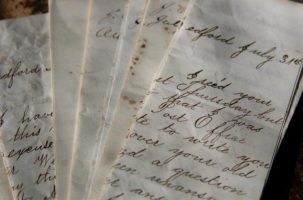 The Stop Hinkley Campaign has written to the new Secretary of State for Business, Energy and Industrial Strategy to ask him to stamp his own mark on energy policy by ditching proposals for a new nuclear power station at Hinkley Point C.

Stop Hinkley Spokesperson Allan Jeffery said: “Now even the financial press says Hinkley Point C has become a laughing stock. The cost keeps rising while the cost of renewables is falling rapidly, and the potential to make savings with energy efficiency is huge. We could replace Hinkley much more quickly and cheaply without the safety fears and without producing dangerous waste we don’t know what to do with”.

EDF seems to be hoping that by acting swiftly after Greg Clark’s appointment as Secretary of State, it can minimise the risk that the highly favourable terms struck in 2013 to help to bankroll the station are watered down. Above all, EDF’s most cherished sweetener is a guaranteed price of an index-linked £92.50 per megawatt hour in 2012 prices – now worth around £100/MWh.

Allan Jeffery commented: “If the Company does indeed make a positive Final Investment Decision on Thursday it will be little more than EDF spin. The largely French Government-owned company has a long list of problems to sort out before construction can begin. EDF says there will no concrete poured until at least mid-2019 and this will depend on the start-up of the EPR (the European Pressurised Reactor) at Flamanville, scheduled for the end of 2018 – six years late.”

The largely French Government-owned company has a long list of problems to sort out before construction can begin.

First the EPR design has not yet been built successfully anywhere in the world. It has been described by a nuclear engineering professor as ‘unconstructable’. In France concerns over the safety of the reactor pressure vessel at Flamanville have arisen after tests “revealed the presence of a zone in which there was a high carbon concentration, leading to lower than expected mechanical toughness values”. Further tests will continue until the end of this year. The French safety regulator ASN is making no promises about what remedial action might be required. In the worst case scenario the entire project may need to be abandoned.

Moreover, EDF doesn’t have the money to pay for it. As this week’s Board meeting was being announced French finance authorities were raiding the offices of EDF as part of a probe into EDF’s disclosure of information to the market. Investigators are said to be concerned about the reporting of its domestic nuclear maintenance costs as well as the plans to develop new nuclear reactors in Somerset.

EDF is a company in a very precarious financial situation. It has €37 billion of debt. The collapse in energy prices has pushed earnings down 68% in 2015. The company needs to spend €50 billion upgrading its network of 58 ageing reactors by 2025. It is scrambling to sell €4 billion of new shares and €10 billion of assets to strengthen its balance sheet. EDF is also expected to participate in the €5 billion bailout of Areva, the bankrupt developer of EPR technology, by taking a 75 per cent stake. About the last thing that it needs is a new €15 billion millstone around its neck.

The European Union has opened a State Aid investigation into the French Government’s rescue plan for Areva. And any French government financial support to EDF to enable the company to build the Hinkley Point C will almost certainly be blocked by the European Commission, according to a legal opinion commissioned by Greenpeace.

Two legal challenges: firstly from Austria and Luxembourg, and secondly from a group of German renewable energy companies at the European court of justice against the European Commission decision to allow to subsidise Hinkley Point C have yet to be resolved.

Jeffery continued: “If this plant goes ahead highly radioactive waste would be stored in the heart of Somerset for perhaps the next 200 years. Over its lifetime Hinkley Point C will produce waste equivalent to 80% of all the waste so far produced in the UK in terms of radioactivity – for what? So the Government can help its friends in the nuclear industry put the brakes on the renewable energy revolution taking place across the globe – they really do make King Canute look like an amateur.”

“The Government’s nuclear delusions are standing in the way of the West of England joining this energy revolution. Nuclear advocates can’t bring themselves to admit that smart, efficient and renewable energy systems are sounding the death-knell of nuclear power. It’s time that Somerset was given the opportunity to catch-up.”