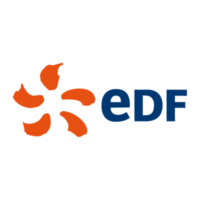 The long-term issuer and senior unsecured ratings of Électricité de France (EDF) have today been downgraded by  Moody’s Investors Service (Moody’s) from A3 from A2, together with its perpetual junior subordinated debt ratings to Baa3 from Baa2.

Today’s rating downgrade reflects Moody’s view that the action plan announced by EDF in April 2016, which includes government support, will not be sufficient to fully offset the adverse impact of the incremental risks associated the Hinkley Point C (HPC) project on the group’s credit profile.

On 27 September 2016, EDF’s Board of Directors confirmed it will proceed with the construction of the HPC new nuclear power plant in the UK following the approval of the project by the UK government on 15 September 2016. Moody’s believes that the significant scale and complexity of the HPC project will affect the group’s business and financial risk profiles.

This is because the HPC project will expose EDF and its partner China General Nuclear Power Corporation (CGN, A3 negative) to significant construction risk as the plant will use the same European Pressurised reactor (EPR) technology that has been linked with material cost overruns and delays at Flamanville in France and Olkiluoto 3 in Finland. In addition, none of the four plants using the EPR technology currently constructed globally is operational yet. The total construction cost of the project, of which 66.5% will be funded by EDF and the remaining 33.5% by CGN, is estimated at GBP18 billion with the first unit expected to be commissioned not before 2025. EDF will have to provide funding to cover its share of the investment, expected to peak at around EUR2 billion or up to 15% of its annual capex by the beginning of the next decade. The group’s balance sheet will therefore have to shoulder the financial implications of a very long construction phase during which the investment will not generate any cash flow.

The incremental risks associated with HPC will result in a higher business risk profile and the rating downgrade reflects that EDF cannot mitigate this additional pressure at the current rating level with additional financial flexibility despite the progress made under the action plan announced in April 2016, including entering into exclusive negotiations to sell a 49.9% stake in RTE for EUR4.2 billion. Other measures announced but yet to be executed under the action plan include a EUR4 billion capital increase as well as further asset disposals so as to reach a total of EUR10 billion by 2019.

Moody’s views these measures as a bridge over the 2015-19 period to finance the group’s ongoing negative free cash flows resulting from the need to fund an extensive capex programme which, in addition to HPC, include the maintenance and upgrade of its domestic nuclear fleet, the development of renewables and the roll out of smart meters in France. Given the political endorsement of the HPC project and its scale relative to the cash flow generation capacity of EDF, the group’s revised standalone credit quality or baseline credit assessment (BCA) of baa2 reflects Moody’s expectation that the Government of France (Aa2 stable), EDF’s majority shareholder, would continue to provide financial relief if needed. This would be potentially necessary after 2019 if the group’s cash flow generation does not strengthen sufficiently as a result of higher power prices or additional sources of revenues such as capacity payments to cover the required investments.

Taking into account the planned disposals and capital increase, Moody’s expects that EDF’s funds from operations (FFO) to net debt will be in the mid to high teens in percentage terms from 2017 onwards, a level which the rating agency views as consistent with the baa2 BCA and A3 rating, factoring in the increased risk of cost overruns and delays associated with the HPC project. Moody’s notes that EDF’s headroom versus this guideline metric will likely be limited in the next two to three years as hedges roll off and low power prices exert pressure on cash flows.

The A3 rating also takes into account the group’s scale and geographic diversification, as well as the stabilising contribution of regulated activities in France and renewable activities, which accounted for 31% and 6%, respectively, of group EBITDA in H1 2016. Finally, given EDF’s 84.9% ownership by the French government, EDF’s A3 rating continues to incorporate a two-notch uplift from its baa2 BCA based on the agency’s estimate of a high degree of government support.

RATIONALE FOR STABLE OUTLOOK
The stable outlook reflects Moody’s expectation that EDF’s FFO to net debt will be in the mid to high teens in percentage terms in the next two to three years, taking into account the impact of the planned capital increase and asset disposal programme.

WHAT COULD CHANGE THE RATING UP/DOWN
Upward rating pressure is unlikely in the medium term given the limited headroom expected against the ratio guidance for the A3 rating. The ratings could nevertheless be upgraded provided that EDF demonstrates credit metrics in excess of the guidance above on a permanent basis; most likely as a result of the introduction of regulatory measures such as carbon price floor or capacity payments that would support the group’s business model.

The ratings could be downgraded if (1) credit metrics fall below Moody’s guidance for the A3 rating; or (2) EDF were to be significantly exposed to AREVA NP’s liabilities. In addition, downward rating pressure could arise if a change in the group’s relationship with the government were to cause Moody’s to remove the uplift for
government support, or if there were to be a significant downgrade of France’s government rating.