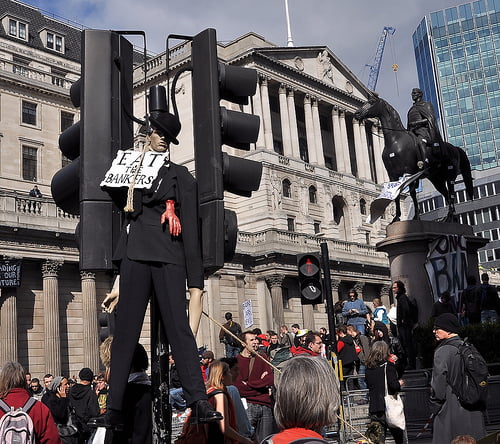 Adopting good morals and ethics is financially beneficial to banks, according to a new report by the Global Alliance for Banking on Values (GABV), a coalition comprising 15 of the world’s most sustainable banks.

The study, called Strong, Straightforward and Sustainable Banking, says that banks choosing to embrace the two neglected Ps – people and planet – will financially outstrip the conventional banks whose sole focus is on the third P – profit.

GABV compared the performance of 17 “values-driven” institutions with 29 of the largest, most influential mainstream ones, concluding that the more ethical banks delivered better returns than the high street behemoths.

“Our banking industry has an unprecedented opportunity to change, to help meet some of the greatest social and environmental issues of our time“, said Peter Blom, GABV chair and CEO of Triodos Bank, Europe’s largest sustainable bank.

“This report shows that doing good is beneficial for banks not just in a theoretical and ethical sense, but also financially, when measured against conventional benchmarks such as the financial bottom line.”

GABV’s research was part-funded by the US-based philanthropic organisation, the Rockefeller Foundation, whose vice president, Heather Grady, said, “The new findings demonstrate that a different approach to banking – one in which the focus is on social and environmental benefit for vulnerable people – can bring comparable financial returns to the traditional banking model.”

Ethical banking has been a recent talking point; March was Move Your Money month in the UK. In the run-up to the campaign, which encourages people to move their money away from large, often unsustainable, high street banks, Blue & Green Tomorrow gave a rundown of the top five ethical banks based on data from yourethicalmoney.org.

From one to five, they were: Triodos, the Co-operative, Smile, Nationwide Building Society and Ecology Building Society. All five have environmental and social issues high on their business agendas.

On the complete opposite end of the scale, the 29 banks that GABV compared the 17 ethical ones to are often referred to as “too big to fail”, and include such names as Barclays, Goldman Sachs and the Royal Bank of Scotland – all of which have come under scrutiny for their unethical business practices in recent months.

GABV chair Blom added, “The findings are crucial for a global banking industry which has tremendous potential to affect positive change through its ability to lend money to finance entrepreneurs and stimulate local economies.

“And, most importantly, it shows that a sustainable approach to banking offers all of us the prospect of a stable, prosperous future.”

At a time when there is considerable public pressure on the Government to put meat on the bones of its environmental agenda, demanding sustainability in our banking system is another logical but overdue step, especially given the growing distrust of high street institutions.

Seeking sustainability from your bank account, pension or investments is a growing concern, and one that we attempt to address in the Guide to Sustainable Investment 2012.