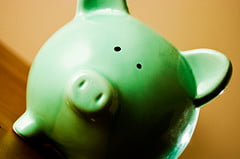 After four rounds of thorough and impartial scrutiny, Blue & Green Tomorrow is ready to announce its final recommendation as to where we think the Green Investment Bank should be located. The golden envelope is on the table, so let’s find out whose name is on it.

And so there were two. In the beginning, we had 32 UK locations all vying for the Blue & Green Tomorrow winner’s crown, but now, just Brighton and Nottingham remain.

After four rounds of thorough and impartial scrutiny, Blue & Green Tomorrow is ready to announce its final recommendation as to where we think the Green Investment Bank should be located. The golden envelope is on the table, so let’s find out whose name is on it.

And so there were two. In the beginning, we had 32 UK locations all vying for the Blue & Green Tomorrow winner’s crown, but now, just Brighton and Nottingham remain.

But which will we choose as our ultimate recommendation for the location of the Government’s £3 billion Green Investment Bank (GIB)? We’ll find out soon.

Both cities passed the previous four rounds with flying colours, and so possess what we deem to be the ideal qualities for the eventual host site.

In this final round we’ll be implementing the deciding factor. The criteria that, in a Blue & Green world, elects whether Vince Cable will be shaking hands with representatives from Brighton or Nottingham.

The two remaining candidates have been so far judged on their carbon levels, financial services sectors, higher education institutions, and economic development.

This means that, in theory, both cities are green (and/or getting greener), need a boost in their financial services industries, are home to a respectable, sustainable university, and have a currently low, or decreasing, average weekly wage.

Here’s a summary of the battle for the GIB so far, with indicators that show whether Brighton or Nottingham scored better in each section.

As you can see, it’s very tight going into the final stage.

In round two, in which we analysed the finance and insurance sectors of each city, several readers have pointed out the inverse logic of our choice. They have suggested that it would make more sense to locate a financial services brand where there is already a core of financial service people.

We don’t think so.

We take the view that to build a sustainable economy, we need to spread wealth and investment across a large proportion of the British Isles.

Whilst financial centres act as a boom to their local economy, too much concentration can have a negative effect on the surrounding towns.

Someone who questioned stage two was Martin Dean, head of the Leeds Initiative who, on Twitter, called our logic “bonkers”.

Perhaps this was because Leeds was omitted from this round, but regardless, outside London, Leeds has one of the UK’s most thriving economies, with one in every 25 finance and insurance employees working in West Yorkshire.

Therefore, by our reasoning, it would be pointless to pick Leeds, and certainly not beneficial for the area to site the GIB there.

Before we get onto the fifth and final round, Blue & Green Tomorrow asked two councillors – one from each remaining bidding city – to sum up their case for the GIB location.

Councillor Bill Randall, leader of Brighton & Hove City Council, is up first.
“I believe we have the talent pool, commercial infrastructure, credible international brand and sheer ambition to host the Green Investment Bank in our city”, he said.

“Brighton & Hove is concerned about climate change and, with two universities; the city is a centre of economic innovation.

“Financial services are at the heart of the city’s economy and therefore there is an existing workforce with the necessary skills to take up employment opportunities if a Green Investment Bank located in the city“.

“The location of the Green Investment Bank in Nottingham would be excellent news for the city”, he said.

“Nottingham is currently forging ahead with many energy and carbon related projects, building on the fact that we are already the most energy self-sufficient city in the UK.

“We want to be Britain’s Energy City and the Green Investment Bank would be a major boost to our reputation and could lead to a concerted growth of green business opportunities, jobs and training in the city”.

Both plant compelling points on the table, and it appears both believe the GIB would be hugely beneficial for their city. They talk the talk at least.

With the pre-match hype out the way, the selection process for the final needs explaining.

Whilst Blue & Green’s ideal GIB location would be a city that doesn’t already have a thriving financial hub, we realise that until a wholly sustainable economy is achieved, there will be a need to access the current financial centres in Britain.

Therefore, we’ve judged the two finalists on their access, by car and train, to the British capitals – London, Cardiff and Edinburgh – and here’s what we found.

Nottingham’s central location in England means it quite considerably trumps Brighton’s access to the three capitals by car and train, and subsequently pokes the East Midlands city ahead in the search for the overall crown.

Although Brighton is only 52 miles away from London, it’s also 462 miles from Edinburgh, bringing its journey time up significantly.

Next, we looked at airport access. In an ideal situation, the GIB would become an international phenomenon, meaning good air travel links are essential.

Looking at the closest five airports to each of the two cities, these are the results.

Nottingham comes out on top again, with a closer average distance to airports than Brighton.

This means that the East Midlands city of Nottingham is Blue & Green Tomorrow’s GIB metropolis, and the place that we deem the most appropriate out of the 32 to host such an innovative project.

Its low, decreasing levels of carbon, its under-strength financial sector, its admirably sustainable universities, its average weekly wage, and its transport links, mean it ticks all our boxes.

So that’s it. Will it be Nottingham in real life? Who knows.

We’d love to hear your feelings about what you thought about our GIB recommendation series.

Maybe you’re aggrieved with the fact your city missed out? Maybe you think a certain city progressed too far? Perhaps you think Nottingham doesn’t have what it takes?

We’ll keep you up-to-date with which of the 32 cities is actually chosen.

But, if Blue & Green Tomorrow hasn’t totally quenched your thirst for information about the GIB then you can always read up about the Bank on the Department for Business, Innovation and Skills’ (BIS) website.

And, if you’re interested in contributing to the prospect of a green economy, you can. Ask your financial adviser about the best ways to invest your money sustainably, or alternatively, fill in our online form and we’ll show you how.