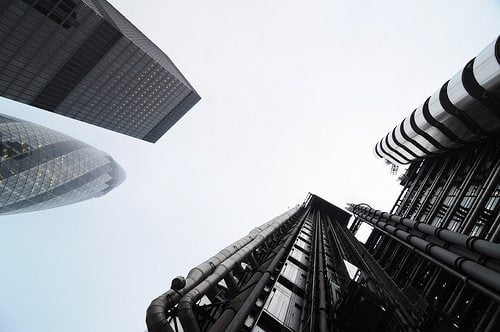 The International Monetary Fund (IMF) has released a new report that suggests the stagnation of wages for poor and middle class families could have been a factor in the financial crisis.

Economists at the lender-of-last-resort produced a report that suggests the widening gap between the highest and lowest earners is bad for economic growth. It said that governments should concentrate on helping the poorest citizens if they are to increase the pace of growth.

The report called widening income inequality the “defining challenge of our time”, arguing that weakened trade union powers, technological progress, globalisation and taxation policies had all contributed to the problem.

The report said, “Raising the income share of the poor, and ensuring that there is no hollowing-out of the middle class, is actually good for growth.”

It studied the state of advanced, emerging and developing countries and concluded that governments should do more to help the 20 per cent of lowest earners in their countries if they are to maintain a steady rate of economic growth.

“Studies have argued that a prolonged period of higher inequality in advanced economies was associated with the global financial crisis by intensifying leverage, overextension of credit, and a relaxation in mortgage-underwriting standards, and allowing lobbyists to push for financial deregulation.”

A report by researchers at the University of Sheffield last year said that responses to the crisis had stimulated “regressive redistribution”. It argued that quantitative easing (QE) – also known as asset price inflation – meant that only the richest saw their wealth rise, while the slashing of interests rates by the Bank of England acted as a disincentive for workers to save.

The IMF report calls for further investment in policies that help to reduce poverty and for more progressive tax systems.

“Fiscal policy already plays a significant role in addressing income inequality in many advanced economies, but the redistributive role of fiscal policy could be reinforced by greater reliance on wealth and property taxes, more progressive income taxation, removing opportunities for tax avoidance and evasion, better targeting of social benefits while also minimising efficiency costs, in terms of incentives to work and save.”

Despite the beliefs of the five economists that wrote the report, the IMF is calling on Greece to implement austerity measures and pursue pension and labour market reforms in return for bail-out funds.

Global turmoil or a crude stimulus for the economy?