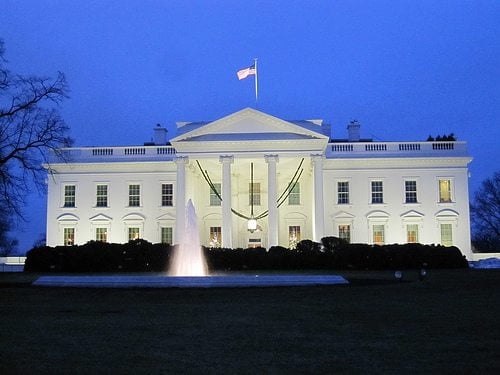 The president of the World Bank has said the US government is just “days away” from creating a major economic disaster, unless politicians can come to a compromise to raise the nation’s debt limit amid the unresolved government shutdown.

Speaking on Saturday, Jim Yong Kim said, “We’re now five days away from a very dangerous moment. I urge US policymakers to quickly come to a resolution before they reach the debt ceiling deadline […] Inaction could result in interest rates rising, confidence falling and growth slowing.

“If this comes to pass, it could be a disastrous event for the developing world, and that will in turn greatly hurt developed economies as well.”

The US government will hit the $16.7 trillion (£10.4 trillion) ceiling on how much money it can borrow by October 17. If the limit is not raised by then, the US will be forced to dishonour its commitments and default on its debts.

On Sunday, Christine Lagarde, the head of the International Monetary Fund (IMF), also warned that American lawmakers are risking causing global economic disruption if the ceiling is not raised.

“If there is that degree of disruption, that lack of certainty, that lack of trust in the US signature, it would mean massive disruption the world over, and we would be at risk of tipping yet again into a recession”, Legarde told NBC.

The shutdown began when Congress failed to pass a budget on October 1. Republicans have refused to pass any new budget unless US president Barack Obama delays or withdraws the funding for his healthcare reform law.

Negotiations over how to end the political stalemate have apparently fallen to the senate, after Obama rejected an offer from the House speaker, John Boehner, to raise the debt ceiling temporarily until late November.

Senate majority leader Harry Reid and Senate Republican leader Mitch McConnell have held direct talks, but there are no signs yet of a breakthrough.

“The conversations were extremely cordial but very preliminary of course – nothing conclusive, but I hope that our talking is some solace to the American people and to the world,” said Reid.