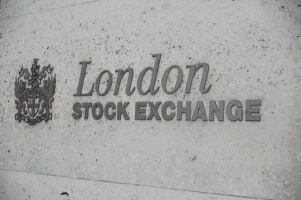 New report released claims the world’s largest companies are under-reporting sustainability policies and performance, hindering access to data that could allow investors to play a full role in the transition to a low-carbon economy.

First commissioned by Aviva Plc in 2012 as part of the Sustainable Stock Exchange Initiative, the report tracks corporate disclosure on seven sustainability indicators – payroll, GHGs, energy, water, waste, injury rate and employee turnover. Written by Corporate Knights, it also suggests how such disclosure can be translated into actionable key performance indicators, which might help investors to distinguish companies that are incorporating sustainability into their value creation story.

Steve Waygood, Chief Responsible Investment Officer at Aviva Investors, said, “we go further than ever in this fifth annual report by looking beyond disclosure and into performance analysis. For each exchange, we assess carbon intensity, fossil fuel reserve intensity and the percentage of listed companies whose businesses involve environmentally-friendly activities, technologies and services versus high-carbon emission activities. This is a significant step forward that will empower investors to increase the integration of sustainability factors into investment decision making.”

The last year has seen significant milestones for sustainability, with the Paris Agreement on climate change and the subsequent Financial Stability Board (FSB) task force on climate-related disclosure, as well as the announcement of the Sustainable Development Goals (3). The task force will recommend climate-related financial risk disclosures later this year. These are encouraging developments, but with the majority of companies failing to provide sufficient transparency, there is a clear need for policymakers, securities regulators, investors and stock exchanges to take a more formal and proactive approach.

The report, which begins with a foreword by Aviva Group Chief Executive Mark Wilson, includes the following recommendations:

·         Policymakers and securities regulators in both developed and emerging economies are encouraged to study the possibility of influencing investment returns based on the corporate sustainability of the securities issuer. For instance, dividends of issuers in the same sector could be taxed more highly or lowly depending on sustainability ratings.

·         The more highly ranked stock exchanges have at least one mandatory, prescriptive requirement to regulate sustainability disclosure. It is recommended other jurisdictions consider this approach or convert existing voluntary policies into mandatory ones.

·         Stock exchanges are encouraged to track and publicly report on listed entities that are engaging in sustainability disclosure and those that are not to put pressure on laggards.

Euronext Amsterdam was the world’s best performing exchange when it came to disclosure of sustainability metrics. Over 50% of its large listings disclosed all four environmental metrics – GHGs, energy, water and waste. Stock exchanges in European developed countries dominated the top 10 rankings, with the exception of the Australian Securities Exchange and the Johannesburg Stock Exchange.

The London Stock Exchange, which placed eighth in the ranking, saw 95% of its large companies disclose GHGs. The UK’s 2013 update of the Companies Act made GHG disclosure mandatory for listed UK incorporated companies.

There was a general absence of progress among stock exchanges in the lower half of the ranking. Some 21 stock exchanges have been placed in the bottom half at least three consecutive times and remain there this year. Among emerging economies, The Stock Exchange of Thailand and Bursa Malaysia climbed sharply in the last two years, landing in 13th place and 17th place respectively, compared to 27th and 23rd place in 2014.

The full report is available http://www.corporateknights.com/reports/2016-world-stock-exchanges/