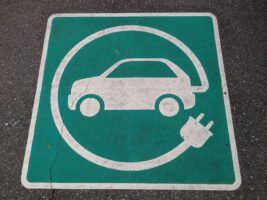 Though a pledge to use public transportation or other green modes of transport to cut down on car use may be noble, many British towns (let alone cities around the continent or in America) do not boast efficient or comprehensive transit systems, which means most people can’t get where they need to without cars.

However, knowing that car emissions is one area that we should cut down, what are we to do when we need to get somewhere fast?

When walking, cycling, and riding public transport aren’t options, you can still be sustainable. Here are three accessible and responsible transportation ideas to help you be cleaner and greener while using cars.

Perhaps the most exciting prospect for automobile technology is the potential of alternative fuels. Hybrid cars like the Toyota Prius, which typically combine traditional internal combustion engine driven by petrol with a battery-powered drive system, have been available worldwide for almost two decades, but even greener options are just beginning to appear on the market.

Recently, electricity has become the most promising contender against petrol. Despite the long tailpipe critique ― the argument that electric cars simply relocate emissions to coal plant smokestacks ― most researchers argue that reducing the emissions within cities is a step in a green direction.

Plus, advancements by automaker Tesla have increased electric cars’ range and horsepower, allowing them to travel farther (about 413 kilometres) and charge faster than their competition. What’s more, Tesla is releasing a more affordable model, the Tesla 3, which may shift average car owners’ allegiance to electric. Still, electricity isn’t a green driver’s only option.

Hydrogen-powered cars may seem incredibly sci-fi, but every day researchers get closer to practical hydrogen fuel cells for widespread use. Though not yet available to the public, current hydrogen concept cars can travel upwards of 600 kilometres with a single charge, which would take you from London to Edinburgh without a single stop (traffic notwithstanding).

Hydrogen cars currently available are exceedingly costly, at upwards of £50,000, but for most potential buyers, a more significant obstacle remains: infrastructure. Until the U.K. can construct a practical number of hydrogen charging stations, hydrogen cars must remain in park.

Thankfully, there are other sustainable driving options for those who need go get places today.

There’s a reason so many cities incentivize carpooling: With more people in a single car, there are fewer cars on the road, which reduces carbon emissions, traffic congestion, and money spent on finite resources like petrol. For those who live near friends and co-workers, carpooling is indeed a fantastic driving option ― but it doesn’t work for everyone.

Instead, sometimes-drivers should consider joining a carsharing program. Unlike driving services like cabs and Ubers, carsharing allows you to drive without the economical or environmental expense of vehicle ownership. This solution is ideal if you can usually walk, cycle, or use mass transit to get places but require access to personal transportation options on occasion. Typically, the carshare system works as follows:

– An interested driver registers with a local carsharing organization.

– Through an app, web interface, or other method, the driver requests access to a nearby vehicle.

– The carshare service verifies availability and reserves a particular vehicle.

– The driver is notified of the reservation and location of the vehicle.

– The driver uses the vehicle and deposits it in the closest acceptable car park.

Carsharing is green because it allows and encourages sustainable modes of transport except in special circumstances, when a personal vehicle is necessary. Additionally, most carshare vehicles are hybrids or similarly sustainable models; about one in four carshare users admit that without this option they would have purchased a car, and equally environmental options are usually above most car buyers’ price ranges. Carsharing brings green driving options to the masses.

Finally, if you must own a personal car, you can practice a few behaviours to ensure you use it as sustainably as possible. Simply maintaining your vehicle properly is enough to make it more fuel-economical: proper engine tuning improves efficiency up to 4 percent, correct tyre pressure provides another 4 percent, and clean air filters an astounding 10 percent.

How you drive also matters. The more consistently you can maintain a certain speed, the more efficient your engine will run. Therefore, using highways, avoiding high-traffic hours and areas, and using cruise control will make your drive time dramatically greener.