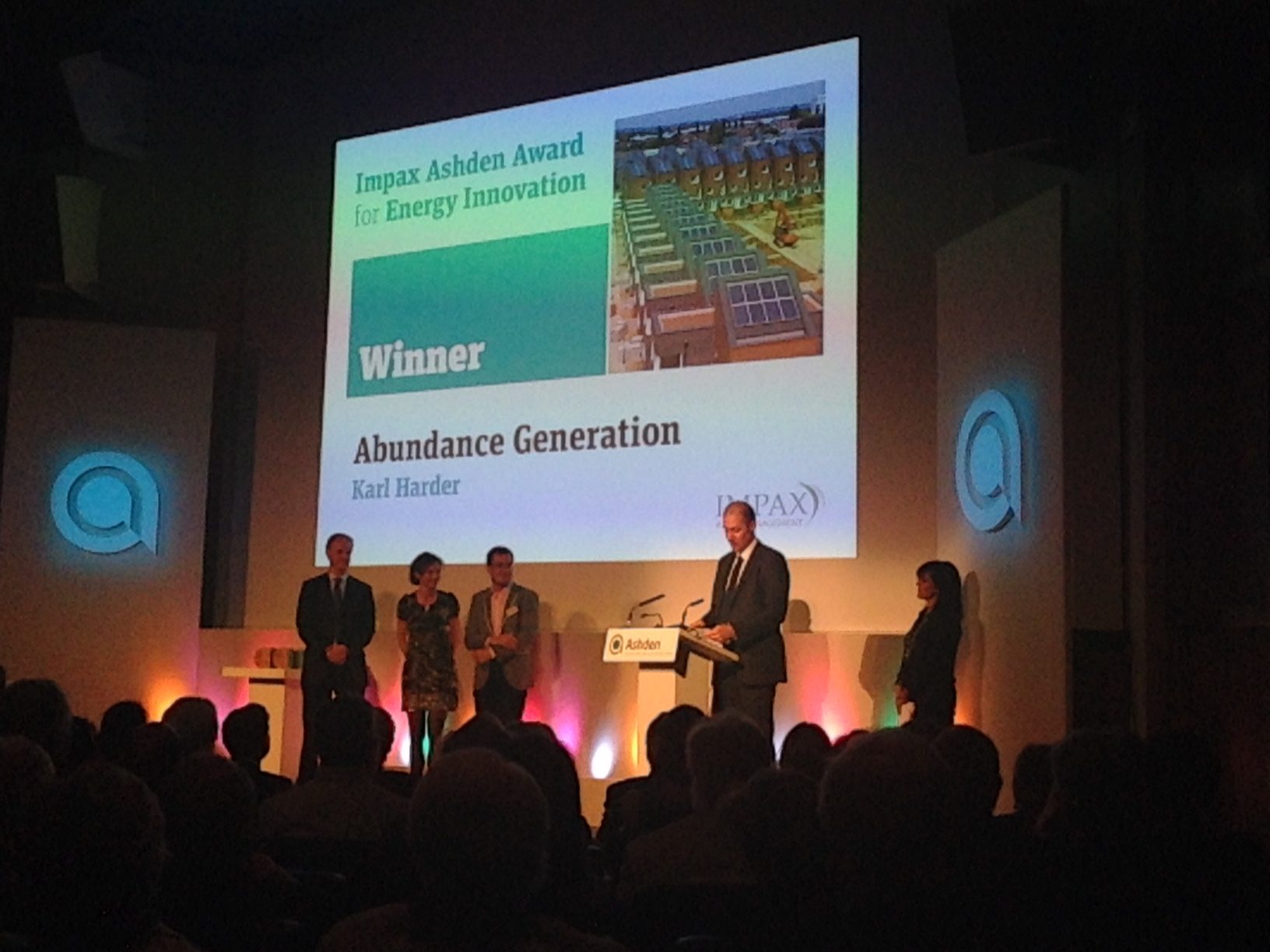 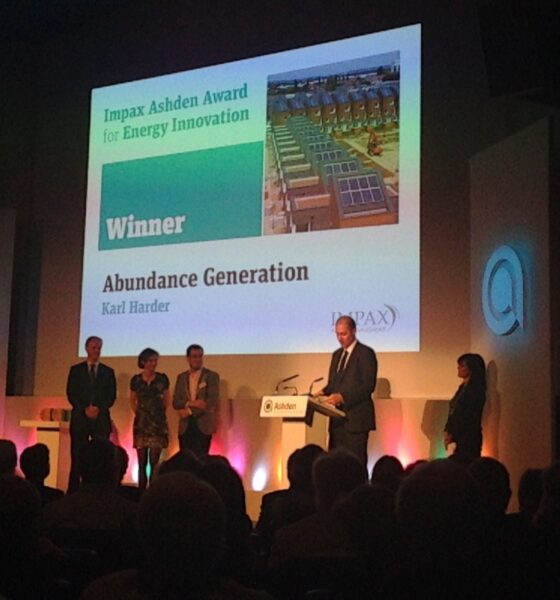 The winners of the Ashden Awards were announced at a prestigious awards ceremony at the Royal Geographical Society in London on Thursday, with Abundance Generation, Ecotricity and Infosys among those honoured.

The Ashden Awards recognise businesses that are leading the way in the sustainable energy sector. The diversity of the winners and finalists demonstrates how broad the sector has become and the variety of ways renewable energy can have an impact on our lives and society.

Sarah Butler-Sloss, Ashden founder and director, commented, “The latest Intergovernmental Panel on Climate Change reports have shown more clearly than ever before that we need to take urgent, collective action to sow the pace of climate change before it is too late. But while this is a time of great challenge, it is also a time of great opportunity.

“Ashden winners across the UK are showing that with ingenuity and a range of different approaches, huge progress can be made in building a, low-carbon future that delivers many benefits, including improved health and wellbeing as well as creating jobs.”

The judging panel described the platform as “ground-breaking”, adding that it was “plugging the big gap in the availability of finance for small renewable energy developments”.

Karl Harder, managing director at Abundance, said, “Our vision is to see a democratic and sustainable economy within out generation, where everyone can share in the benefits of clean energy production. This is something Ashden have been championing for many years.

“Having raised over £5m in two years for seven renewable energy projects, our aim is to raise £500m by 2020. We see a very real demand for positive investments in renewable energy, as people realise making a return doesn’t mean comprising their children’s future.”

Indian multinational Infosys scooped the international gold award for its work on saving energy. The firm had reportedly doubled its employee base to 160,000 in seven years, but its energy bills had stayed roughly the same in that time thanks to efficiency improvements.

Meanwhile, renewable energy firm Ecotricity won the award for sustainable travel thanks to its ‘Electric Highway’ – a network of fast charging points across Britain’s motorway network.

The Centre for Sustainable Energy, Global Action Plan, Hemcrete Projects and OVESCO were also recognised for their efforts and achievements within the UK renewable energy sector.