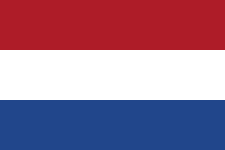 After Paris, And Ahead Of EU Presidency, Dutch Government Digs In Over Coal And Forest Biomass

As the Netherlands prepares to take on the EU presidency, its poor record on meeting climate and energy targets has been thrown into sharper focus, with the government rejecting growing calls for it to close all its coal plants. The controversy has implications for other EU countries, such as the UK, where former coal-fired plants are being converted to biomass – with devastating consequences for forests.

With nations having just pledged to limit the global temperature rise to well below 2C at the Paris climate conference, 64 Dutch scientists have called on their government to close all coal plants by 2020.

In an open letter, they say the closure of these plants should be prioritised over the co-firing of biomass in coal plants, which currently contributes to the country’s share of renewable energy.

The Dutch Parliament has backed this call, adopting a resolution to phase out coal. However, the Minister of Economic Affairs, Henk Kamp, indicated yesterday that the government remains determined to keep coal plants in operation to allow for biomass co-firing.

The scientists argue that closure of coal plants before 2020 is the most efficient way to reduce CO₂ emissions and would not endanger the country’s energy security. Subsidies saved from abandoning biomass co-firing could cover two-thirds of the costs of closure of the coal plants.

They believe that, after the COP21 agreement and in the context of the upcoming Dutch EU Presidency, a decision to close of the plants would show leadership of one of the countries that has the most to fear from climate change.

Forest NGO Fern has welcomed the statements made by the scientists, in particular because the destruction of forests for large-scale co-firing is becoming increasingly apparent, as shown in its recently published report. It believes subsidies should first be directed toward genuine solutions, such as energy efficiency measures and the development of wind and solar power.

Bioenergy campaigner Linde Zuidema said: “It would be quite cynical indeed if the closure of coal plants is being hindered because of biomass. The biomass used is mostly wood, which not only emits CO₂ at similar levels to coal, but is also putting pressure on the role forests play in protecting biodiversity and mitigating climate change.

“EU Member States should move away from this practice immediately. It was appalling to see that the EU Commission, despite the many NGO concerns, recently approved yet another state aid request for a 420 MW biomass plant in the UK. This is not sustainable energy.”