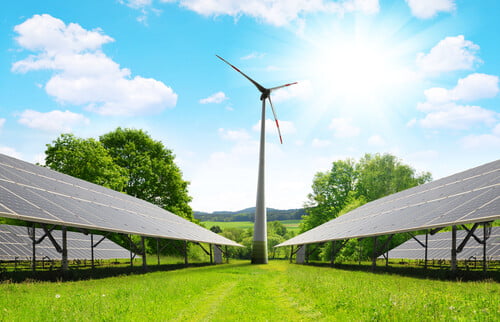 While fossil fuels are still the primary provider of energy worldwide, it is clear that the future has a different face. Reports by the World Economic Forum, for instance, show that investment in alternative energy infrastructure is starting to dwarf those in fossil fuels: $286 billion in green energy to $130 billion in the traditional fossil fuel industry. As a result of the increased investment in renewables, green energy has now become far cheaper (per kilo-watt hour) to produce than carbon-based options (e.g. oil or coal) and this trend is set to continue. While the move to operating at scale may take a few years, the writing is on the wall for the energy industry. Alternative energy production is changing the world.

Contrary to popular assumptions, growth of the renewables industry is not confined to Western nations alone. China, whose industry has undergone frantic expansion in the past several decades, has made significant investments in alternative energy sources. It is estimated that the country plans to spend roughly $2 trillion spread over the next two decades, reinventing their production and usage of energy, as well as building the necessary infrastructure for long-term green energy use. Germany, the leading European economy, has made a pledge to increase its renewable consumption to 50% of its total by 2050. Canada is already producing 73% of its energy from renewables, with a medium-term target of 90% being cited by Lisa Raitt, the country’s energy minister.

The rate of industrialization in growing economies such as China and India has inevitably resulted in rising demand for energy resources, including the necessary infrastructure for renewable energy creation. These figures show that there is a clear trend towards renewables worldwide. This is also visible in the valve manufacturing industry, where suppliers have had to respond to the shifts in demand and the focus on renewables. China alone has seen significant and demonstrable growth in the industrial valve manufacturing industry since 2014, for example.

Valve manufacturers depend on the energy industry for the demand of their products, with this sector representing a significant chunk of the total. China and the United States are the two biggest consumers of industrial valves worldwide, with the energy sector being the second largest market for this product. In China, for example, 22.3% of the total industry demand came as a result of energy infrastructure requirements. This figure is only expected to grow, with estimates of CAGR of 9.4% from 2014-2020 being suggested.

How the Valve Manufacturing Industry Must Respond

The valve manufacturing industry has long operated with fossil fuel environments in mind; valve units have been designed to function in an environment that is markedly different to what renewable infrastructure requires. The changing face of the energy industry, however, is resulting in the most significant shift in recent decades. While the design implications are various, the following three are perhaps the most significant the valve industry must respond to.

Valves that are used in geothermal energy processes (flash and dry steam, binary cycle) require a higher degree of resistance to heat. They should also be suitable for highly corrosive environments, which again require specific design alterations.

The control of the pH factor in water must be regulated; if the levels are off by mere percentage points, severe corrosion will be suffered by the components. Wetted surfaces must sometimes be inlaid using 625 Inconel. While this naturally increases the cost of the individual part significantly, it does ensure long-term usage and reliability.

Valves for use with hydrogen energy require containment properties that are highly effective. Consider that even the smallest burr in a valve’s sealing can lead to explosion. The valves must therefore seal properly, securely, and tightly. The quality control of each and every valve must be precise at the point of production, with no margin for error. Hydrogen features extreme chemical structures and temperatures, which means valve manufacturers must be precise in both design and production processes.

Valves are used in solar systems to control the hot oil that is pumped through the necessary systems. Control valves that are designed for solar thermal power plants require extended bonnets, which help to insulate the body of the valve. In addition, this design modification also ensures proper temperature control, required due to molten salt application.

With solar systems expected to last for approximately three decades, valve manufacturers have had to ensure parts are suitable for a wide range of environments, including both frozen regions and deserts. The valve must therefore be resistant to various threats, such as dirt, sand, rain, salt, and humidity.

What the Future Looks Like for the Valve Manufacturing Industry

The green energy industry has matured from an alternative reserved for the environmentally-conscious to a legitimate cost-effective and reliable option for the wider market. Equipment manufacturers, including those of control valves, must respond to the increased demand for products that cater to renewable energy products.

Susan Josh is a freelance writer. In her free time, she loves to travel. You can reach her at joshsusan85@gmail.com