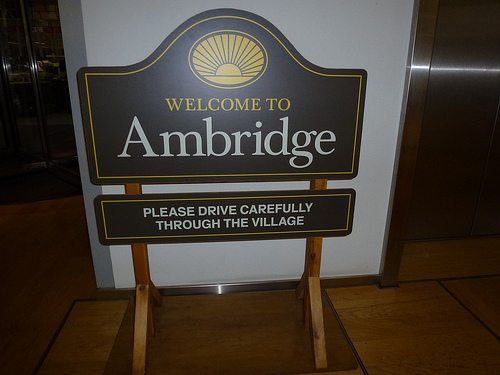 The writers of long-running BBC Radio 4 soap The Archers are considering incorporating a solar farm into the storyline and are being urged by the solar industry’s trade body to demonstrate best practice.

The Solar Trade Association (STA) says solar’s inclusion in the show could highlight the benefits and challenges of the renewable energy.

Ambridge, the village The Archers is set in, is set to consider a planning application from Borchester Land for a solar farm. The STA and National Solar Centre have urged the programme’s writers to demonstrate best practice in solar farms, ensuring that the local wildlife, farmers and the local community benefit.

Jonny Williams, associate director at the National Solar Centre, said, “A solar farm would be a fantastic opportunity for Ambridge to make the most of the sun’s free and unlimited energy – and show the world the benefits of solar.”

The show has also highlighted policy uncertainty, with the landowners keen to get the solar farm running before the government change the support system, and the consideration of a rooftop installation.

Earlier this year, the Department of Energy and Climate Change (DECC) confirmed plans to stop subsides through the renewables obligation scheme for large-scale solar. The move has been criticised and follows the government planning to move growth in the industry away from large farms to commercial rooftops.

Leonie Greene, head of external affairs at the STA, commented, “It would be great if Borchester Land could work with local farms alongside their existing agriculture. David and Ruth Archer would find their financial woes lessened if they had solar to help mitigate the risks of increasingly variable weather”

In September last year, fans of The Archers were offered a chance to own a share in the farm that inspired the series – Rush Farm, near Redditch, Worcestershire. The farm creates carbon-rich soil, considers wildlife, uses energy efficient farming methods and respects the natural behaviour of farm animals. The owners said they were giving the public an opportunity to invest in “sustainable British farming”.