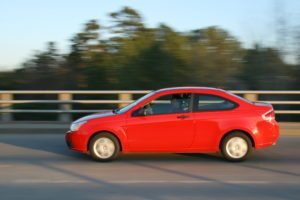 Leading carmakers ignore disclosure requests from investors on CO2 emissions. Renault/Nissan, Peugeot Citroen PSA and Ford have dismissed the views of investors with over £625bn of assets under management by failing to respond to their requests for more information on lobbying and on compliance with CO2 and efficiency standards in both the EU and the US.

In the wake of the VW emissions test cheating in October 2015, a group of investors wrote to the largest automotive manufacturers asking for more information about lobbying on tailpipe emissions standards in the US and Europe, and on compliance with those standards.

As well as writing to Renault/Nissan, PSA and Ford, who never responded at all, investors wrote to VW, BMW, Daimler, Honda, Toyota, GM, and Fiat Chrysler, who each provided varying degrees of detail.

Charlotta Dawidowski Sydstrand, ESG Manager at Swedish fund AP7 said: “We notice that several big companies have failed to respond to the request and conclude that there is a transparency problem in the industry. From a long term investor’s perspective this is bad news. Lack of transparency impairs the ability of the market to price risks properly. AP7 wants to be reassured that carmakers’ political lobbying activities are contributing to a safe climate, in turn protecting the long term value of our portfolios.

Volkswagen lost over 15 billion euros of investor’s money when the scandal broke last year. The company chose not to disclose its opposition to more ambitious EU vehicle emissions standards post-2021. Rumours that Renault was raided as part of the investigation into emissions testing resulted in a 20% drop in its share price in early 2016. Renault ignored the investors’ requests for disclosure and VW made no mention of the scandal and its implications in its response.

Daimler offered a one-line assurance that “there is no reason to be concerned” about the company’s involvement in the legislative process. This is despite the fact Daimler has routinely paid fines to the US government for not complying with CAFE efficiency standards. Daimler also ranked very poorly for CO2 fleet emissions in 2015 the EU.

By contrast, Japanese carmakers Toyota and Honda, both leaders in fleet emissions and efficiency offered a good degree of information, as did General Motors and BMW.

The results have been published in a report drawn up by ShareAction and InfluenceMap, together with recommendations for investors.

Catherine Howarth, CEO, ShareAction said: “The investors who came together to question global automakers on their lobbying activities have done the wider market a service in helping identify those car makers that remain unwilling to come clean about this murky and increasingly risky aspect of their business. Shareholders should continue to press for answers in the interests of having greater visibility on car markers’ lobbying activities.”

Dylan Tanner, Executive Director, Influence Map said: “The one line ‘trust us’ style response from Daimler to investor requests for detailed disclosures in the wake of the Volkswagen scandal will not sit well with shareholders; let alone the ones who ignored the requests altogether.  Fiat-Chrysler’s comprehensive and fairly positive response does not tally with recent statements on US regulations from its CEO on the difficulties in complying with future US standards.  Compliance with ever stringent CO2 and efficiency standards are key business risks for these companies and investors have a right to understand what they are doing.”

Seb Beloe, Head of Research at WHEB Group said: “The Volkswagen debacle has firmly established the relevance of vehicle emissions performance for automotive companies. Leading businesses are able to demonstrate coherent product strategies that underpin premium valuations in the sector. The lack of response from other companies including Nissan/Renault, Peugeot, Citroen and Ford raises real questions about the approach these companies are taking to this issue and potentially undermining their ability to maintain share in markets that are characterised by rapidly strengthening emission standards.”