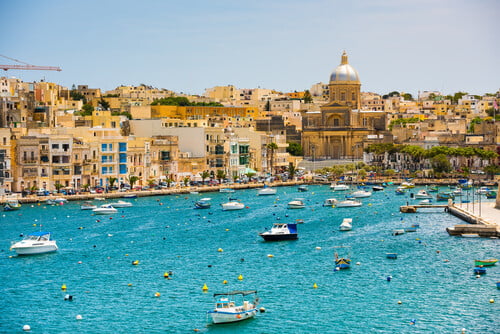 Clean Renewable Energy Statistics In Malta: What To Know

We’ve all heard it before: the ozone layer is getting thinner, the planet is heating up, and the ice caps are melting. As the years progress, the statistics on global climate change continue to worsen and there’s never been a better time than now to start living a greener and more sustainable life.

It’s no secret that the use of fossil fuels has contributed a great deal towards the increased rate of climate change events. Since human beings are largely responsible for this damage, the power is in our hands to reverse it. One of the most impactful ways of reversing the damage of climate change is through the use of clean and renewable energy instead of fossil fuels. That’s because fossil fuels are responsible for over 50% of all global warming.

Unfortunately, Malta is one of many countries that are falling behind when it comes to the reduction of fossil fuel use and the adoption of renewable energy. In fact, stats show that only 6% of Malta’s energy was generated by solar and other renewable methods by the year 2016.

This is despite the fact that as an EU state, Malta is required to significantly increase its use of renewable energy by the year 2020 as per the Europe 2020 Target. According to this directive, at least 10% of Malta’s energy should be derived from renewable sources in order for the country to meet its target by 2020.

Why is Malta falling behind on its renewable energy targets?

One of the leading reasons why Malta is falling behind on renewable energy goals is because the country imposes rather high tariffs on the installation and use of renewable energy sources. As a result, many individuals and companies feel discouraged from “going green” and would rather stick to the status quo because it’s cheaper to do so.

Currently, Malta gets a majority of its energy needs met via fossil fuels, roughly 97% to be exact. The interesting fact is that Malta imports most of the fossil fuels that it utilizes and has doubled its spending on the petroleum sector between the years 2006 and 2015. Meanwhile, data shows that the average Maltese household utilizes 3% more electricity since 2015. This goes for homes, office buildings, shops and other structures.

Furthermore, Malta is famous for its traffic congestion on the roads so it comes as no surprise to learn that the country’s transport industry is responsible for a whopping 54.4% of the country’s overall energy use. Most of this consumption is attributed to public transportation. The state will also have to look for creative ways of increasing the acquisition and use of alternative fuel cars. In 2014, only 21 electric cars were purchased in Malta and the country only has 36 charging points.

On the bright side, Malta’s year-round warm weather means that it’s easier to keep houses and buildings warm throughout the year without the use of artificial heating methods.

However, the government still has to grapple with the fact that the country’s service sector uses almost 22% of the country’s energy resources which is quite a high figure considering that the EU average is at 13.6%.

The Maltese government is taking notable measures to try and meet its EU 2020 targets, as evidenced by the state’s issuance of certain incentives on the use of renewable energy. For example, the government has grant schemes available to facilitate the replacement of old gas-guzzling cars. There’s a grant for those who want to install solar water heaters and tax credits for Combined Heat and Power technology.

The Maltese government is also taking measures to significantly reduce road congestion by the year 2050 in order to combat its impact on climate change. There are also infrastructure works and construction of intelligent transport systems that will help to alleviate the use of fossil fuels in this sector.

Thanks to the grant schemed mentioned above, PV panel prices have decreased dramatically to make it easier for people to acquire them. Plus, measures are being taken to make solar panels in Malta more attractive so as to not become an aesthetic blight that will affect the country’s tourism sector which depends on the beauty of the land and seascape.