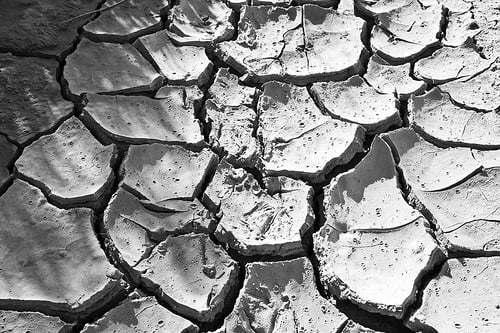 The UN has warned that the world is continuing to speed down an unsustainable track, bringing “irreversible change” despite over 500 internationally agreed climate goals and objectives.

Global Environmental Outlook: Environment for the future we want (GEO-5) found, in an assessment of the 90 most important objectives, that only four have made significant progress.

The report shows that little or no progress has been found in 24 of the goals, including climate change, fish stocks, and desertification and drought; a frightening reality in the run up to this month’s Earth Summit, Rio+20.

The four goals that have seen significant progress are those eliminating the production and use of substances that deplete the ozone layer, removal of lead from fuel, increasing access to improved water supplies and boosting research to reduce pollution of the marine environment.

Some progress was shown in 40 goals, including the expansion of protected areas such as national parks and efforts to reduce deforestation. And those goals and objectives unaccounted for were due to lack of data.

Achim Steiner, UN under-secretary general and United Nations Environment Programme executive director, warns that if humanity exceeds critical thresholds, we will find ourselves at an irreversible level of “unprecedented consumption and production.”

“If current trends continue”, says Mr Steiner, “if current patterns of production and consumption of natural resources prevail and cannot be reversed and ‘decoupled’ ,then governments will preside over unprecedented levels of damage and degradation”.

However, negotiations leading up to Rio+20 remain ambitiously supportive of sustainability targets, giving many examples of successful green policy initiatives. In this, GEO-5 call for more specific, measurable targets, across a much broader range of environmental challenges.

“The moment has come to put away the paralysis of indecision, acknowledge the facts and face up to the common humanity that unites all peoples”, Steiner added.

“Rio+20 is a moment to turn sustainable development from aspiration and patchy implementation into a genuine path to progress and prosperity for this and the next generations to come.”

In particular, the report focusses on policies such as population growth and urbanisation, unsustainable consumption patterns, fossil fuel-based energy consumption and transport, and globalisation.

Ban Ki-moon, secretary general of the UN, celebrated the fifth instalment in the GEO series, saying that it was “rich in opportunities and policy options”. He called for those seeking a “paradigm shift” to employ the comprehensive assessment in “pioneering positive environmental change.”

In addition to the comprehensive GEO-5 report, the online journal Nature produced an extensive study on the “critical transitions” of the planet’s biosphere. The study warns that human activity may eventually lead to such a transition, “with the potential to transform the Earth rapidly and irreversibly into a state of unknown human experience.”

Together, the publications outline the way in which the race for development may overtake priority at the expense of the environment. Above all, a redefinition of ‘wealth’ is needed, venturing beyond GDP and beginning to forge connections with a more sustainable metric, for the benefit of all communities.

Current global consumption will lead to “unequal and inhospitable” future