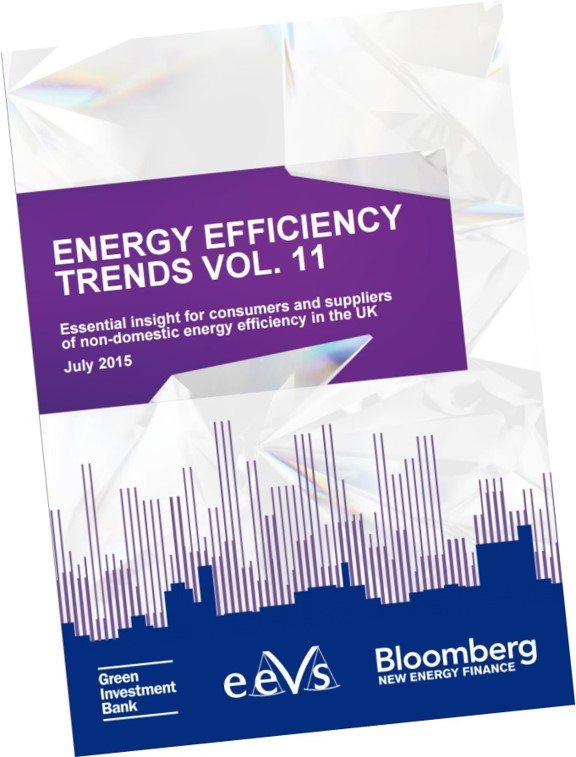 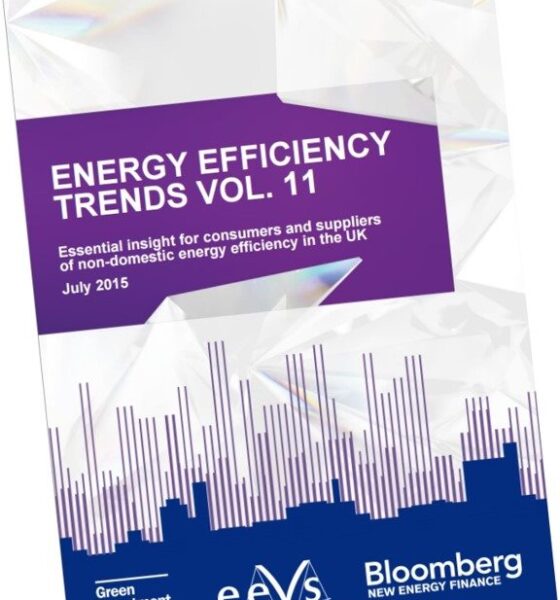 The latest issue of the UK Energy Efficiency Trends report (Volume 12) provides evidence of the impacts resulting from a sharp fall in industry confidence with regards to the government’s management of energy efficiency policies.

Compiled from the results of a confidential, quarterly industry survey, it clearly evidences industry trends and has become one of the sector’s leading sources of market intelligence. The report covers both energy suppliers and consumers, providing differentiated results for each market sector.

Delivered by a research partnership between EEVS and Bloomberg New Energy Finance, and supported by Bird & Bird, Bellrock and Schneider Electric, the latest report shows the energy efficiency market monitor falling for the second consecutive quarter, from just below 100 points in Q1 2015 to 51 points in Q2 2015.

This represents a decline in supplier order books, sale prices and government action. Suppliers responding to the survey said that two of their top three concerns were regulation and subsidy/policy support.

When asked about the government’s management of energy efficiency policies alone, supplier confidence hit an all-time low in Q2, with more than 60% of respondents citing ineffective management. This represents the biggest quarter on quarter fall following Q1 which saw the confidence indicator break out of the negative zone for the first time – reaching zero.

Supplier confidence in the government’s management of the wider economy also fell in Q2, although the change on Q1 was less steep than that of energy efficiency policy. Respondents citing ineffective management increased by 3/4, but still accounted for just 36% compared to the 41% citing effective management.

Despite this gloomy picture, respondents are confident of a turnaround in Q3 and expect the market monitor to bounce up to 115 points, which, if achieved, will be the highest market monitor points score since the research was launched in 2012.

When it comes to technology choices, consumers continue to favour high-efficiency lighting over other individual technologies and this solution is included within 63% of energy efficiency projects.

When combined, controls (in the form of lighting controls, 34%, and general building controls, 31%) offer some collective competition for the top energy efficiency technology selection. Solar PV has also sustained its recent gains, with 22% reporting uptake in Q2, perhaps in response to the proposed FITs changes.

Interestingly, both public buildings (21%) and manufacturing sites (17%) overtook offices (15%) this quarter as the principle property types to benefit from energy efficiency upgrades. This is the first time that office property has not been in the top spot since the survey began.

The capital cost of respondents’ energy efficiency projects remains wide-ranging and volatile. Overall however the long-term trend is towards sustained growth in project size. Starting at around £60k in 2012, the current median project value is circa £110-120k despite material decreases in the volume of the very largest projects (£500k+) in the last two quarters.

The above trends must be considered in the context of the operational landscape. Ian Jeffries at EEVS commented: “A notable theme in this quarter’s research has been the lack of support that the energy efficiency sector feels it has received from the UK government.

“Interestingly, however, the policy landscape has shifted somewhat since the survey was carried out.

“For example, in July the new Conservative government announced its much-publicised cuts to renewable energy subsidies and, shortly afterwards, a less prominent Treasury-led review of energy efficiency and carbon taxation. This perceptible swing in favour of energy efficiency could be a shot in the arm for a sector reporting a loss of confidence.

“Allied to this, there is increasing political optimism that the upcoming COP21 negotiations in Paris will yield a new global climate agreement.

“If so, these recent UK policy changes may suggest that encouraging energy efficiency through higher taxation could be UK government’s preferred approach, at the expense of incentivising renewables. If nothing else there’s certainly lots to look out for, and it will be interesting to see how the sector responds to these issues in the coming quarters.”

The Energy Efficiency Trends Survey (Vol.12) was conducted between 12 August and 30 September 2015 and was completed by 63 UK-based energy and other senior managers (41 consumer organisations and 22 suppliers). Their answers related to the situation from the second calendar quarter of 2015.

The insight it provides is helping to transform levels of transparency and understanding within the sector – as well as supporting better, faster, more confident decision making in relation to commercial energy saving investments.

The analysis is produced quarterly, based on survey feedback from a wide range of commercial consumers and suppliers of energy efficiency.

The survey is delivered by EEVS and Bloomberg New Energy Finance and is supported by Bird & Bird (international law firm with a specialism in the energy and utilities sector), Bellrock (providing property and facilities management services to over 40,000 retail, commercial and public sector properties throughout the UK) and Schneider Electric (a global specialist in energy management improving energy efficiency and performance in more than 100 countries).