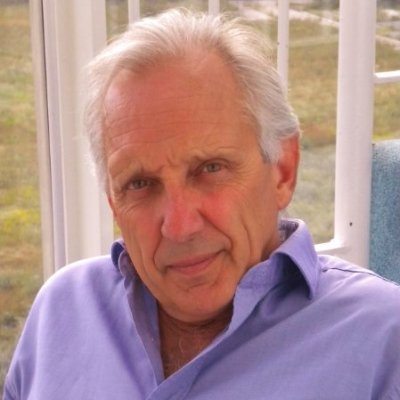 Since the 1972 Stockholm Conference on the Human Environment and the 1980 World Conservation Strategy of the International Union for the Conservation of Nature, the world realised that the effects of industrialisation where affecting the bio-sphere we inhabit. However it is fair to state that throughout the eighties and nineties the industrial world focused their energies on building financial wealth with little regard to ecological balance, disruption or destruction. Steve Burt, CEO EQi Group, writes in a recent LinkedIn post. You can read part 1 here.

During this period the Western world pioneered capitalism and 1st (developed) world lifestyles that provided a new level of affluence for all participants to the envy of the 2nd (developing) and 3rd (undeveloped) world onlookers. This Gordon Gekko ‘greed is good ’ philosophy of the eighties set the scene for building economies on consumption, fashion and self-gratification by encouraging hundreds of millions of people to live the consumption dream. The consumption sales pitch was so successful that 2nd World communist governments fell and the 3rd world poor counties clamoured to copy.

To meet consumption volumes industrialisation turned into mechanisation and then became computerisation. More could be consumed faster and cheaper with resource being viewed as limitless. Globalisation drove costs down, consumption up and introduced billions of new consumers. First world businesses welcomed the new income streams by rapidly expanding their existing business models to capitalise on the financial opportunity.

Economies started to experience year on year growth and become consumer driven rather than manufacturing, with politicians using consumerism as a vote attraction. However such explosive consumption growth brought its side effects, since every product of service is based on transforming material from one state to another.

Both the stratosphere and polar ozone hole thinning were both due to the catalytic destruction of ozone by atomic halogens. The main source of these halogen atoms in the stratosphere is photodissociation of man-made halocarbon refrigerants, solvents, propellants, and foam-blowing agents (CFCs, HCFCs, freons, halons).

The second example of a consumption side effect is the atmospheric particulate matter, particulates. Although some particulates occur naturally, originating from volcanoes, dust storms, forest and grassland fires, living vegetation, and even sea spray; human activities, such as the burning of fossil fuels in vehicles, power plants and various industrial processes also generate particulates. Because of the sheer volume of man’s energy requirement particulates are being released in the atmosphere at an unprecedented rate. In 2013, a study involving 312,944 people in nine European countries revealed that there was no safe level of particulates, for every increase of 10 μg/m3 in PM10 the lung cancer rate rose 22%.

A third example of consumption side effects that causes biosphere damage which has direct wellbeing consequences to mankind is intensive farming practices. Modern farming uses fertiliser to maintain and boost crop production. This method has proved to be highly successful in producing large amounts of food at low prices. With demand growing but land being limited, fertiliser is a necessity to maintain production and income levels. However, the side effect is downstream where the water eventually ends up, the ocean.

Ocean dead zones are hypoxic (low-oxygen) areas in the world’s oceans and large lakes, caused by “excessive nutrient pollution from human activities coupled with other factors that deplete the oxygen required to support most marine life in bottom and near-bottom water.” In the 1970s oceanographers began noting increased instances of dead zones. These occur near inhabited coastlines, where aquatic life is most concentrated. The result is land food production may thrive in the short term but sea food declines.

“The fish-killing blooms that devastated the Great Lakes in the 1960s and 1970s haven’t gone away; they’ve moved west into an arid world in which people, industry, and agriculture are increasingly taxing the quality of what little freshwater there is to be had here….This isn’t just a prairie problem.” Global expansion of dead zones caused by algal blooms is rising rapidly (Schindler and Vallentyne 2008)

These three examples of consumption side effects were chosen due to their simplicity and the visible effects which every human is able to experience. There are many other examples, however for the purpose of this paper these three examples provide ample support to a reason for business, governments and societies to explore new approaches to understanding, evaluating, measuring and tracking sustainability.

The destructive consumption behaviour the human race is pursuing raises the question about the collective mind set of the human race. Is such behaviour pursued due to ignorance, lack of knowledge or an inherent self-destructive nature? Why would humans who individually care about their family and future become complicit in destroying their own life support system for money, power or self-gratification? Is there a herd mentality that allows people to ignore reality and hope for the best or is it apathy, lack of education and manipulation by the media and corporate spin?

Although the majority of citizens in the developed world will be familiar with the term sustainability, their understanding of its importance and relevance to their lives in both near term (10 years) and longer term (25 years) will be elementary if not non-existent. Conceptually, the majority of people will state they understand what sustainability is about, however in reality their reference will be about recycling their waste, buying ‘green’ energy and reducing the use of their vehicles.

The immediate issue with all of the above is that it does not bEQin to address the root problem, consumption. Recycling, buying green energy and reducing the use of a vehicle appears to contribute to reducing consumption, however in reality it does not. A reduction illusion is happening, fuelled by clever marketing that is designed to make consumers feel good about their contribution to ‘saving the world’ without reducing their economic consumption power.

Western economies have long been the powerhouse of global wealth generation controlling its flow and distribution. Western citizens have become accustomed to having the products they want at the price they like, at the cost of the rest of the world and the biosphere. It’s a mind-set that has been developed post Second World War and one that is a resister to any kind of change that could be perceived as reducing one’s lifestyle rights, freedom and opportunity.

The Guardian newspaper commissioned research into Consumer Attitudes and Perceptions on Sustainability in 2010. The research raises three areas of concern regarding how one understands the findings: (1) the honesty and reality of each person’s answer; (2) the message to retailers that cost is still a key driver and; (3) the lack of real, clear metrics for consumers to base their buying decisions.

When people are confronted about personal behavioural decisions they are likely to provide the most suitable answer that reflects well on them rather than the brutal honesty of what their decision is in real life.

There may be exceptions to this when people are poor and will say what they would like to do if they could afford to. Middle income and wealthy people may also provide a distorted response wishing to present a caring position while in reality they buy what they want without much thought about the impacts to the biosphere.

The research showed retailers that quality, price and availability still drive their sales. Ethical issues involving people abuse is the hotspot, not biosphere damage or resource exhaustion. One can assume people find it easier to relate to ethical issues and hence do not wish to endorse through purchases.

Customers are confused about what is truly sustainable and the real world trade offs in making a buying decision. There is currently no easy way for a customer to understand if a product, service or the company that produced it is more sustainable than their competitor’s, or even in its own right. Customers have to believe the brand and marketing text they are presented with rather than facts they can easily understand.

The report also highlights consumer attitudes towards company executives and the clear mistrust that exists. The interesting aspect regarding consumers not believing executives is their willingness to believe that an award a company wins for sustainability etc. must be a true reflection of its business. There is a disconnection in the consumer’s understanding of how many of these awards often do not reflect real progress and in fact create an ethical conflict posed by industry self-interest.

Customers see the word sustainability everywhere, so they think, if everything is so sustainable what’s the problem? Just that! Although people are constantly surrounded by the word, it is vague and not very specific. In fact, if you ask other people what they understand by the term, you get a wide variety of answers.

The larger the number of meanings, the more the misunderstanding, with many people believing it is disingenuous, even dishonest: just another marketing means to charge more money. A great deal of ‘greenwashing marketing speak’ takes place under the banner of sustainability by businesses that simply jump on the bandwagon to promote their offering.

To compound the issue, the combustion industries and trade bodies create awards to signify the best performance in sustainability, from product, to service to stock market. Awards appear to be the get out of jail option for companies to claim a level of performance based on voluntary disclosure with no stringent measurement process or financial type accuracy. For the consumer, more confusion, doubt and cynicism and marketing speak to secure a sale.

Sustainability is not about low carbon or reversing modernisation, it’s about smart consumption and long term profitability if not business survival. Since the industrial revolution, modernisation has been driven by business returns based on a cradle to grave model that thrives on waste. Time has magnified the fundamental flaw of our disregard for the earth and its resources in a disingenuous approach to wealth creation.

Business processes have been based on using non-renewable sources and ignoring the laws of physics to achieve short term financial gain, rather than on smart consumption patterns that are within the biospheres capacity to support long term profitability. Business and government needs to dramatically change their consumption strategy to one that rewards customers and citizens for smart consumption.

EQi is a data and technology company that connects business to sustainability by providing resource efficiency management solutions. EQi has announced successful certification as a founding UK B Corporation.