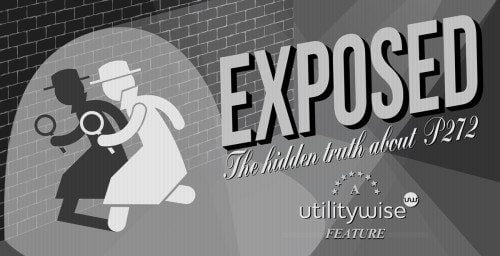 Revealed: the hidden benefits of pass-through contracts for businesses affected by P272. Sherlock Holmes says the world is full of obvious things that nobody ever observes – like the opportunity Utilitywise has uncovered simply by choosing the right tariff type.

It took some detective work but eventually cost-savings were dragged out of the complexity and confusion cast between pass-through tariffs and all-inclusive tariffs. Also known as a fixed tariff, this is the option energy suppliers are nudging their customers towards after P272 comes into effect on 1 April 2017.

But it may not be right for your business and could cost you cash you don’t need to spend.

P272 is a mandatory industry change made by Ofgem that affects meters in the 05 to 08 profile class (known as max demand meters). If your business has one or more of these meters, it must be reconfigured to a new way of billing called Half-Hourly (HH) settlement. You can read about how bills will change and its impact on business here.

After switching, energy suppliers say all-inclusive deals are easier for firms to budget with. They are less vocal about the budgetary advantages of pass-through contracts.

Chris Toole, Market Segment Manager at Utilitywise, says: “Energy suppliers haven’t exactly hidden the benefits of pass-through contracts compared to an all-inclusive or fixed tariff, but neither have they made them entirely clear.

“The P272 changes are multiple and very complex, so it took us a while to realise that with a fixed contract you won’t be able to take advantage of load managing and the resulting savings you could make.”

Load managing means moving or lowering consumption at peak times. So a pass-through contract is the better option if your business can change working patterns. If you can shift opening hours from peak-time red (4pm-7pm), for example, to less expensive amber or green time bands (1pm-4pm), it would save you money.

An all-inclusive contract looks good on the surface for budgeting energy spend. However, with HH billing you are billed for exactly what you use so the bill will vary each month anyway as consumption fluctuates, even just slightly. It means you can neither budget precisely every month nor do you have the potential to save through load managing.

Most suppliers have fixed and included third party costs like the DUoS charge – that’s the Distribution Use of System levied by Distribution Network Operators (DNOs) for using the National Grid – in the contract unit rate.

The DUoS has a published annual rate, which the DNO charges the supplier. It is then included in the overall unit rate within an all-inclusive contract. Even though the rate is fixed by the DNO some may see it as an opportunity to build in a margin to cover themselves for customers using energy at higher rate time-bands.

So if you shift your energy demand or load manage it away from peak times, you won’t get the benefit until you renew your contract and your DuOS charge is re-calculated and you’ll have spent a year giving the supplier money you didn’t have to.

For example, the DNO DUoS charge is 0.5p per kWh within the red band peak time. The supplier may charge 1p per kWh as a fixed charge within the overall unit rate as it has a 50% margin to cover itself from the customer using excessively in this expensive peak time. The customer then moves consumption to cheaper green peak time when the DNO actually charges 0.1p per kWh instead of 0.5p but they don’t benefit as they are on an all-inclusive tariff. The supplier, however, makes 0.9p profit instead of 0.5p.

Save immediately with a pass-through contract

A pass-through contract puts you in control and allows you to load manage to achieve an immediate impact on your costs.

These contracts are based on a fixed unit rate per KWh where third party costs are completely ‘passed through’ directly from the DNO. These include DUoS charges but also others known as TNUoS and BSUoS.

With a pass-through contract:

– The DNO passes actual DUoS charges directly to you, as a separate charge on your supplier bill with no margins added by the supplier. The charges show as an additional line on the supplier’s bill and are paid as part of that bill but at no more cost than the DNO charges

– You can take advantage of load managing and reduce third party costs within the lifetime of the existing contract.

The only disadvantage is the bill itself will be slightly more complex than a fixed-rate’s.

“If you can change your working patterns, our advice is to take a pass-through contract not an all-inclusive one,” says Chris.

The problem is that Utilitywise believes around 90% of suppliers are not offering pass-through contracts for those affected by P272. To adjust the balance, we have partnered with Engie, which will offer a one-year to a five-year contract that’s either fixed, pass-through or anything in between.

Chris adds: “The ability to determine whether it’s worth load shifting is to understand where you use energy. If you cannot move working times it’s probably not worth moving to a pass-through contract but you should at least have the option to choose rather than be driven down one path.”