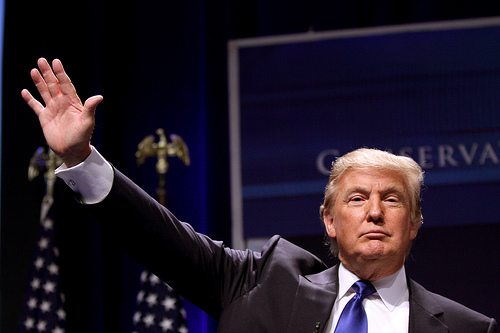 Donald Trump’s legal challenge against the development of an 11-turbine offshore wind firm in Blackdog, Scotland, begins on Tuesday. The billionaire US tycoon says the project would ruin the local landscape and the view from his luxury golf resort.

The Scottish government approved plans for the wind farm in March, but the Formartine Area Committee of Aberdeenshire council stopped it in October amid protests from the local population.

Trump used this community anger – from the same people who had opposed the construction of his golf resort, according to Golf Week magazine – to set up a petition against the wind development.

The US tycoon has asked for a judicial review of the project through the petition, led by the Trump International Golf Links and the Trump Organisation.

Commenting on the legal challenge set to begin on Tuesday, WWF Scotland director Lang Banks said, “It’s depressing to think that Donald Trump has nothing better to do than use his vast wealth to try and undermine Scotland’s aim of becoming a cleaner, greener, job-creating nation. We hope that in the end the court agrees that giving the go-ahead to this development was the right decision.”

He added, “Scotland is home to a quarter of Europe’s offshore wind resource. Studies estimate that Scotland’s offshore wind industry could create 28,000 jobs by 2020 and contribute over £7 billion of investment to the economy.

“It would be a great pity if Donald Trump was in any way responsible for frustrating Scotland’s ambition to generate clean power and green jobs.”