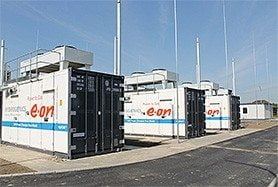 E.ON, Germany’s biggest utility, has revealed a profit fall of 20% for the first half of 2014, the decline has been linked to the growing renewables market. Germany recently set a new world record for renewable energy generation.

In an interim report, Johannes Teyseen, CEO of E.ON, said, “As for the situation on Europe’s generation market, wholesale power prices continues to fall in the first half of this year, although the trend was somewhat less pronounced in the second quarter. The reform of the Renewables Energy Law at least demonstrated that the German federal government has recognised the problems of implementing the transformation of the country’s energy system.

“Beyond this reform, the next step is to work systematically toward a better market design. Efficient conventional generating capacity that provides reliable backup for the intermittent output of renewables must receive a level of compensation that enables this capacity to continue to operate.”

The measure suggested by Teyseen is similar to the UK’s energy capacity market, which was recently approved by the EU. The initiative provides a regular payment to reliable forms of energy, in return for generating capacity when the system is tight.

Earlier this week it was revealed that Germany’s renewable energy sector now provides 31% of the nation’s electricity, producing 71 terawatts an hour. In order to take advantage of this growing market, E.ON has invested around €9.5 billion (£7.6bn) in renewables since 2007 and installed around 4.8 gigawatts of wind and solar capacity worldwide.