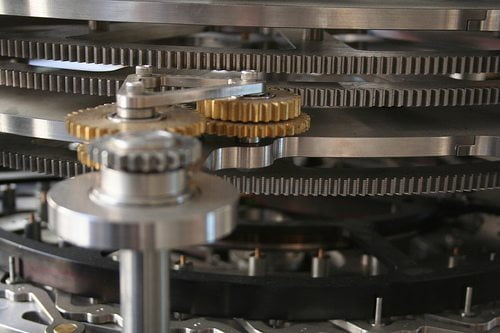 Exposing the secrets of Britain’s energy giants and forcing them to put things right is suddenly in vogue, it seems.

Even Ofgem is at it. The regulator – described only recently as a “toothless tiger” by MPs – last week ordered the big six to hand back over £400m accumulated over the last six years as people switching suppliers left their old accounts in credit.

This follows the secretary of state’s threat to break up Centrica after evidence emerged of excess profiteering in its gas business, and Labour’s promise to tackle the secret self-supply of the big six and fix our broken energy market.

It’s not just energy either. Across other vital sectors of our economy, the political debate ahead of next year’s general election has moved from whether we need more transparency and competition to how best to achieve these goals.

In the pensions industry, the call for transparency is coming from the left and right alike. New requirements now mean funds must soon disclose details of all their hidden charges, and Labour has said it would cap these at 0.5%. The banking industry saw the introduction of seven-day switching last year, and all the main parties are promoting new challenger banks to disrupt the status quo.

But whilst greater transparency, competition and choice are to be welcomed, the current focus is on putting things right in the short-term. Yet the environmental and economic challenges that lie ahead demand markets capable of delivering for the long-term, too.

An obsession with the short-term

Political economist Will Hutton has argued that privatisation and an obsession with short-term share price performance has led to the undermining of research and development (R&D) and infrastructure investment across the energy sector. In trying to pin the blame on politicians, rather than addressing the structural problems at the heart of the energy market, Centrica merely typifies the ills of the industry as a whole.

We also know that the pursuit of short-term profit drove the reckless behaviour of banks and financial institutions in the run up to the 2007 financial crisis. The “I’ll be gone, you’ll be gone” mentality meant long-term risks were ignored.

And we now know that our pension funds are failing to account for the long-term risks associated with climate change. Whilst fund managers rewards are too often based on the last quarter’s performance, our savings continue to be funnelled into fossil fuel assets that are simply incompatible with a sustainable future.

Underpinning this chronic myopia is the failed structure of our modern markets – markets that have evolved to serve the interests of the few rather than the many. Decades of deregulation based on dogma; the advent of computer driven high-speed trading; increasingly dominant investment intermediaries whose interests are not aligned with our own – all have combined to disconnect us from our money, and create markets that cannot deliver the long-term outcomes that we need.

The risk of the current debate on transparency and competition is that it will fail to address this short-termism. In fact if all it does is make more short-term performance information freely available and encourage switching on this basis alone, it could conceivably make things worse.

What we need are markets capable of working in both the short and long-term. Transparency and choice must be accompanied by financial decision making that delivers the best returns over a genuinely long-term timeframe, and not just for the few at the top.

The emerging movement towards a more inclusive, sustainable and forward thinking capitalism offers some ideas as to how this might be achieved.

Fixing our markets for the long-term

One priority is reforming the capital markets to focus more on investment and less on speculation.

The high-levels of churn in today’s markets means shares are now often held for days or weeks rather than years. Returns come from second-guessing the market and running companies into the ground rather than supporting longer-term performance. For the public companies in question this makes it harder to build new infrastructure when all the costs come upfront and the profits only later.

Another is to ensure the financial intermediaries who manage our money actually act in our long-term interests. As things stand this often isn’t the case, even for pension funds who should be at the core of investing for our future. Linking the remuneration structures of individuals making investment decisions to long-term performance would help here.

And then there’s the opportunity to bypass intermediaries altogether. Technology may have been used to disconnect ordinary investors from their money in recent decades, but new forms of democratic finance such as crowdfunding now offer the chance to turn this on its head. By cutting out the middle man and directly reconnecting ordinary people to what their money is doing on their behalf, investment decisions will better reflect their values and longer-term interests.

Transparency and competition may be essential in fixing our broken markets, but they must be accompanied by a long-term perspective, too.

Bruce Davis is a founder and retail director of Abundance Generation, a fellow at the Finance Lab and a research fellow at Bauman Institute. This article originally appeared on the Abundance blog.