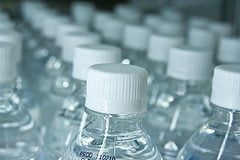 Fracking poses a “serious threat” of water contamination, including in drinking water, according to a report that also claims that 280 billion gallons of radioactive waste water was produced in the US in 2012.

The report, Fracking by the Numbers, looks at the increasing use of the controversial method to extract shale gas from rocks deep beneath the ground. It says the “analysis shows that damage from fracking is widespread and occurs on a scale unimagined just a few years ago.”

The report adds, “One of the serious threats fracking poses to drinking water is the millions of gallons of toxic wastewater it generates”.

It says that the risks include spills of fracking fluid, migrations of chemical fluids and contaminants leaking into groundwater. In 2012, the total wastewater from fracking amounted to 280 billion gallons, which the Guardian claims is enough to flood the whole of Washington DC in a 22ft deep toxic lagoon.

Drilling operators are injecting wastewater back into wells, effectively dumping the waste in other areas. The report says that one drilling operator was found to have illegally dumped thousands of gallons of radioactive wastewater into the Mahoning River.

A recent publication by Duke University also found evidence to suggest dangerous levels of radioactive water had seeped into rivers near to a number of Pennsylvanian cities.

In the UK, fracking has been widely opposed by campaigners and activists who descended on the village of Balcombe, Sussex, where drilling operator Cuadrilla was carrying out “exploratory drilling”.

The UK government was also criticised after encouraging fracking, with chancellor George Osborne announcing tax breaks for the industry.