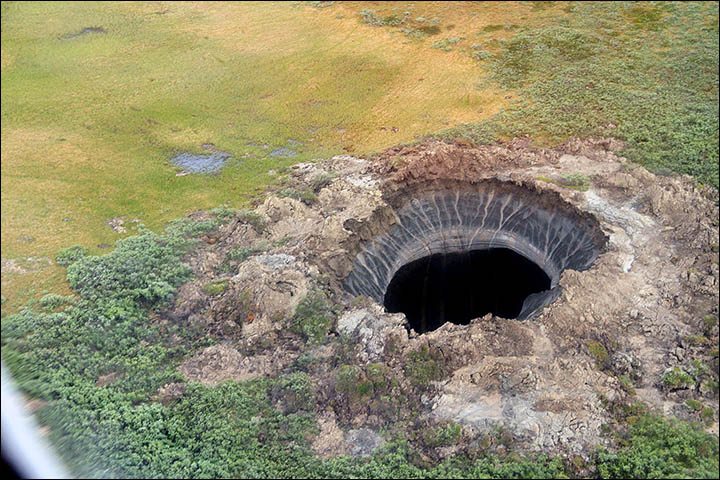 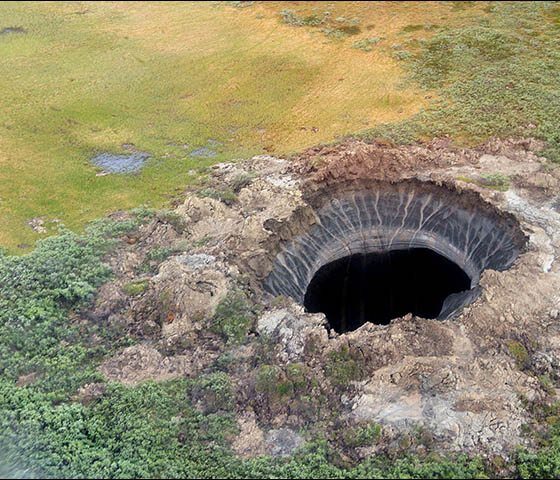 Global warming could to be to blame for mysterious Siberian crater

After a 30 metre mystery crater was discovered in July by a helicopter pilot, many in the scientific community have been confused by its appearance. There have been suggestions of a missile explosion, meteorite and of course alien claims. However, Russian scientists have now said the most likely cause is linked to abnormally hot summers.

The large crater was found in the Yamal peninsula in Siberia and researchers suggest it was caused by methane being released from thawing permafrost.

Andrei Plekhanov, an archaeologist at the Scientific Centre of Arctic Studies in Russia, led an expedition to the crater and his team found air near the bottom of the crater contained 9.6% methane. This is unusually high as air normally only contains 0.000179% of the gas.

This harmful greenhouse gas produces 21 times as much warming as CO2 and Plekhanov believes the release is linked to abnormally hot summers in the region. In Yamal summers in 2012 and 2013 were both on average 5C warmer than usual.

Data has shown that May 2014 was the warmest month since records began in 1880 and the World Meteorological Organisation revealed that 13 of the 14 warmest years recorded have occurred in the 21st century.

Scientists aren’t sure how deep the crater goes. During the expedition a video camera tied to a 50 metre rope didn’t reach the bottom. The video footage suggests the hole could be 70 metres as well as the depth of a pool of water at the bottom.

Researchers are suggesting that craters could become more common and there have already been two more sightings of similar looking formations.

There are worries this could threaten industries and villages. Plekhanov told science publication Nature, “If [a release] happens at the Bovanenkovskoye gas field that is only 30 km away, it could lead to an accident, and the same if it happens in a village.”

The researchers say they could try and release the gas artificially to help, but this would be extremely difficult, as they would need to know exactly where to pinpoint the main build-up of gas.