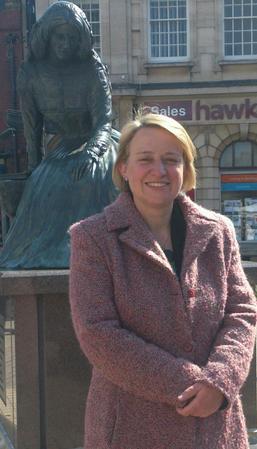 The leader of the Green party Natalie Bennett has said she would like to see the party represented at leaders’ debates in the run up to the general election, adding that they represent a “huge number” of the British public.

The party, which currently has one sitting Member of Parliament, Caroline Lucas, has been growing in membership since its launch in 1972 when it started out as the PEOPLE party, it had nearly 13,000 members nationally in 2010.

But Bennett has said that the party represents the views of a “huge number” of the British public and as such, should be represented in leaders’ debates in the run up to the 2015 general election.

Speaking to the BBC Today programme on Friday, she said, “We represent the views of a huge number of British people, whether its bringing railways back into public hands, making the minimum wage a living wage or keeping our NHS publically owned and publically run. Those are views that represent a huge part of the British public and are views that should be represented in the debate. “

She added that the fact that the party has only one sitting MP is irrelevant, “We have UKIP who have no members of parliament who are trying to lay claim to this”.

The party hit the headlines during the Balcombe protests against fracking when Caroline Lucas was arrested for her part in the demonstration. But Bennett defended the party’s credentials, saying that they do not simply advocate for environmental matters.

“There are a lot of students out there are very well aware that we believe in zero tuition fees,” she said.

She added that social and environmental justice are intermingled and cannot be separated. She also said that we are “currently living in Britain as though we have three planets” and that we have to “cut back to that living”. The Green Party, according to Bennett, would ensure that the proper frameworks are in place to ensure a “proper quality of life”.

“When you think about food banks, benefits being slashed, low wages and zero-hours contract, we are not delivering that in the Britain that we have now”.

She added that more and more people were grasping the green political philosophy.

Along with sitting Conservative MP Zac Goldsmith, Lucas was named as Blue & Green Tomorrow’s sustainable national politician of the year.