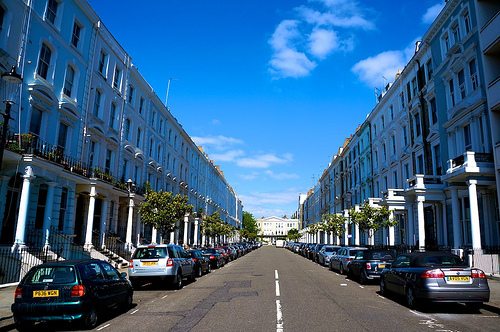 Some of Britain’s most expensive homes – including those in such desirable London boroughs as Kensington, Chelsea and Westminster – are among the worst for wasting energy through heat loss, new research has found.

A study by Npower said that more than half of Britain’s 26m homes are currently burning homeowners’ money by allowing heat to leak through walls and roofs.

Eighty-three per cent of the housing stock in the borough of Kensington and Chelsea are insufficiently insulated, without cavity or solid wall treatments. Second worst is Westminster, with 79%.

At the other end of the scale, the study found that houses in Scotland – specifically the Outer Hebrides (66%) and Aberdeenshire (65%) – were the most heat efficient.

The energy supplier said that across the country, millions of homeowners are missing out on the potential savings that come with energy efficiency. Npower calculated that the average three-bed home in the UK could save more than £1,000 every year on energy bills by making efforts to improve insulation.

A number of campaign groups have championed improved energy efficiency across the UK’s housing stock as being the key to curing fuel poverty.

However, Npower recently provoked an angry backlash when chief executive Paul Massara said the gas and electricity bills in Britain are so high “because British houses waste so much energy”.

Shadow energy and climate change secretary Caroline Flint said, “It’s completely ­hypocritical for energy companies like Npower to blame households for wasting energy and then lobby the Government to cut back on insulation schemes.

“If Npower really want to help, they could always use some of their profits to improve the energy ­efficiency of their customers’ homes. The public know they’re being ripped off and they’re not going to be fooled by the same old excuses from the energy giants.”

Mark Todd, of energy switching service energyhelpline.com, said: “The reason why UK energy bills are high is both that the housing stock is not energy efficient, but also that suppliers have kept whacking up prices year after year.”