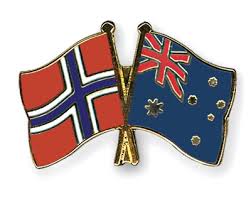 If Australia wins on coal, Norway loses on climate

In the lead up to the Paris climate talks in December the Kiribati President, Anote Tong, has recently demanded a global and immediate moratorium on all new coal mines and coal mine expansions, and has called on all State leaders to back his call to action.

The President of this low lying island state in the Pacific, already suffering the severe impacts of climate change, has written to the Prime Minister of Norway asking for her support for a moratorium on new coal mines. So far at least 11 other countries have supported that call.

“The moratorium is designed to prevent countries like Australia from proceeding with mega mines such as the Adani/Carmichael mine in Queensland’s Galilee basin. At 40km long and 10km wide it will produce more than 2 billion tonnes of coal, and that is just one of many proposed new coal projects” said Dr Richard Denniss, Chief Economist with The Australia Institute.

New coal mines have attracted strong support from the ex-Australian Prime Minister, Tony Abbott, who in addition to claiming that ‘coal is good for humanity’ has made public money available to subsidise the infrastructure required by the new mines.

Truls Gulowsen, Program Manager for Greenpeace Norway said “…as everyone knows, to combat climate change most of the coal already discovered needs to stay in the ground. We need to close as many coal mines as possible, and it makes no sense to invest in opening new coal mines.”

“We urge every responsible government and citizen to support the call from Kiribati to ban all new coal mines, before this beautiful Pacific paradise disappears forever.”

“Today coal is the single largest driver of climate change. The people of Kiribati, vulnerable and exposed from rising sea levels, are calling for a coal moratorium. We strongly support this demand. This is a natural continuation of the majority vote in the Norwegian parliament, which banned coal from our Sovereign Wealth Fund,” said Arild Hermstad, Head of Framtiden i våre hender (Future in our Hands).

“Australia’s determination to build enormous new coal mines makes a mockery of other counties desire to tackle climate change. If the world wants to reduce greenhouse gas emissions and Australia wants to double its coal exports then somebody is going to lose,” said Dr Denniss.