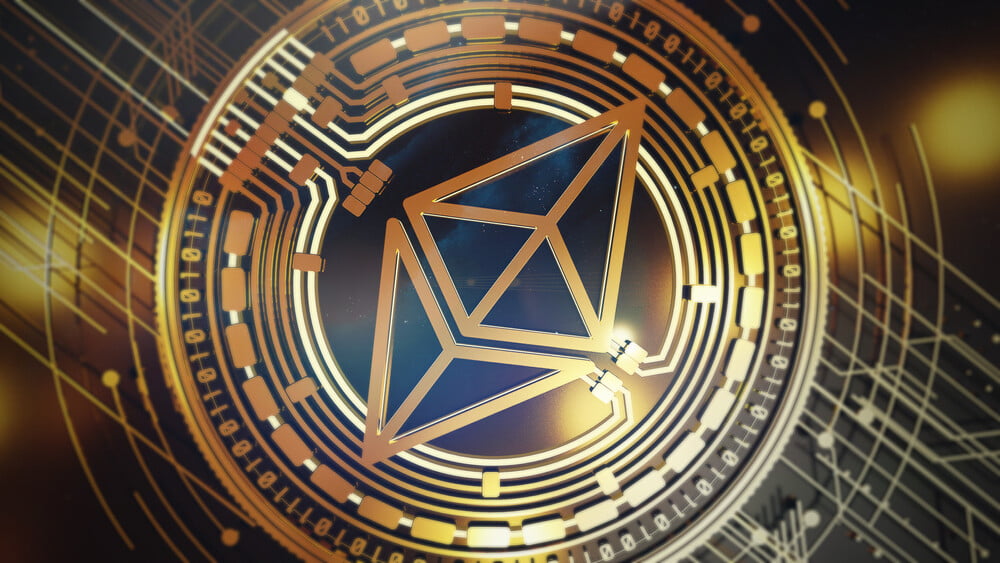 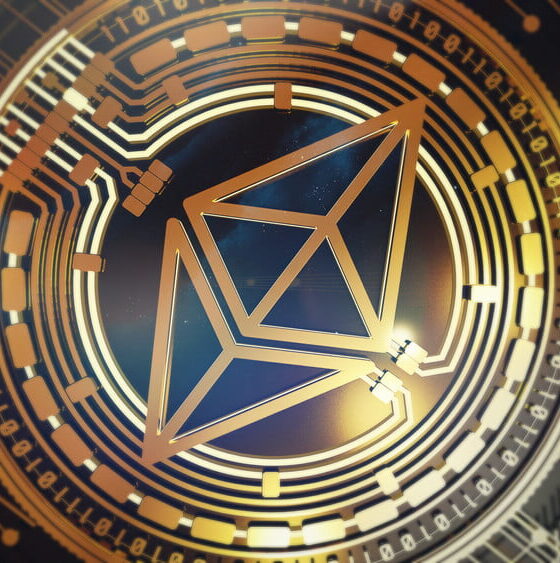 Ethereum has been one of the newest cryptocurrencies to gain traction in recent years. This new digital currency is already starting to have a huge impact on the energy sector. It is important to assess this effect carefully to determine the carbon footprint that it has generated in recent years.

Ethereum is the Latest Cryptocurrency to Affect the Environment

Prior to 2008, the understanding of cryptocurrency was very much unpopular. Today, in contrast, the world has witnessed an unprecedented rise in cryptocurrency actions, with tons of billions of dollars going into cryptocurrency technology in transactions every day. At the time of writing this article, there are about 1,898 unique cryptocurrencies in the world. These include the prominent digital currencies such as Bitcoin, Ethereum, Dogecoin, Ripple, etc., and the less notable ones including Cakecoin, Tezos, Nem, and Iota.

You must have heard about people mining crypto at one point in recent times. If you have always wondered what it meant to mine, then you are in the ideal place. This article is carefully penned to break down the dilemma of cryptocurrency mining. First, we’ll be demystifying the common idea of mining; then we’ll compare, in detail—the idea of consensus mechanisms and the two most prominent varieties used in world cryptocurrencies.

We will also delve into greater detail about the environmental impact of Ethereum and other cryptocurrencies. All digital currency enthusiasts will want to pay close attention to these changes if they want to ensure the sustainability of our planet.

As much as these cryptocurrencies are transacted every day around the world, the infrastructure of the blockchain technology on which they are run makes it fundamental that every transaction must be analyzed for those transactions to be authenticated. This became necessary to inhibit bad practices and fraudulent exercises on the blockchain technology. With the authentication, duplicate spending and/or an act known as distributed denial-of-service (DDoS) are circumvented. The authentication is done via powerful hardware equipment which is awarded some cryptocurrency. This is what is recognized as mining.

We have talked about the environmental benefits of changes to blockchain. However there are also other changes that could make cryptocurrencies better for the environment.

An individual or a group amasses powerful hardware gadgets to confirm blockchain deals in gain for a quantity of the digital currency in question. The procedure of authentication launched with Bitcoin in what was realized as Proof of Work (Pow). Due to the deficient nature of the model, which will be elucidated in this article, another model known as the Proof of Stake was invented, then other prototypes as well.

These operations are known as Consensus Mechanisms. They are mandated to accomplish transactions on the blockchain, eliminating the requirement for a third party. For instance, if an individual wants to make a transfer from their conventional bank account to another person’s, there is the need for a middle person or a third party. Usually, this is suggestive of the commercial bank, which debits the sender’s account and credits the receiver’s. This is the function played by the consensus tools in blockchain transactions. Now, let’s look at what precisely transpires with these authentication methods.

Proof of Work is founded on cryptography—an incredibly complicated mathematics aggregate that can only be processed and unraveled by luxurious, powerful computers. Every transaction needs to be confirmed to make sure that no one is attempting to defraud the system by spending the same cryptocurrency twice, etc. Therefore, for every transaction, a consensus of computers (miners) attempt to decipher the cryptograph and whichever among them gets the answer first is rewarded with cryptocurrency.

Technologies such as Bitcoin, Ethereum, Litecoin, etc., are run on the Proof of Work prototype. All transactions are executed as trustless transactions, otherwise recognized as ‘blocks’. They are trustless in that they do not go through a third party before they are finalized. The blocks are generated through the PoW. To understand the way this system works we may look at the functioning of the first and prime user of the scheme, which is the Bitcoin technology.

The Bitcoin proof of work prototype guarantees great security of the technology, and puts all transactions in reasonable safety; nevertheless, there have been a few considerations. As mentioned, Proof of Work needs very powerful hardware tools to work. The ASIC is the typically used computer hardware and setting up this costs so much that only a few people can afford the infrastructure. This makes the model pretty much unjust.

Also, Proof of Work is understood to devour a significant amount of electricity to function. It is figured that by 2023 the quantity of electricity that Bitcoin will deplete daily will be approximate to the daily electricity consumption for nearly a country. This is precisely not good news when one considers global energy use and environmental preservation standpoints.

It takes approximately ten minutes for Bitcoin to finalize a transaction for instance sending or swapping from Bitcoin to INR or any Altcoin. Isn’t that a lot? Bitcoin technology also handles just seven transactions in a second. That isn’t a lot! As stated that Bitcoin transactions take 10 minutes to be validated, it means that at every ten-minute interval, what is labeled ‘new block’ is cultivated. Every block contains miscellaneous transactions which will be validated separately. For this to be fulfilled in the absence of a third party, the Proof of Work was adopted. It is, therefore, sensible that Ethereum is in the operation of acquiring the Proof of Stake prototype. Let’s see what that is…

Now, what is the Proof of Stake model, and how is it distinct from the other model?

It is essential to note that Proof of Stake was introduced in the year 2012 by two developers—Scott Nadal and Sunny King. When the scheme was launched, Nadal and King asserted that Bitcoin and its system of transaction, Proof of Work prototype had been expending the equivalent to $150,000 in day-to-day electricity usage. In comparison, the Proof of Stake mechanism consumes far smaller electricity to accomplish its validations. Its cryptography is also less complex than Proof of Work.

It is also worthy of note that prior to the invention of alternative consensus mechanisms such as Proof of Stake, there have been undertakings to adjust the original codes of Proof of Work. The Proof of Work used on the Ethereum technology, for example, is a modification to Bitcoin’s. For Ethereum, some alterations were made to their original PoW code such that it fostered the network to confirm transactions in no more than 16 seconds. Although this is actually far from being the quickest in the industry, it is obviously still quicker than the 10 minutes used by Bitcoin. Dash and Neo are two of the cryptos which are currently using Proof of Stake standards.

Most Proofs of Stake blockchains have a minimum requirement of coins expected to start staking, which of course requires a large upfront investment. Due to this requirement of substantial fund stakes, it becomes easy to keep the network secure. Contributors are compelled to adhere to good practices. This is because any detection of a negative or fraudulent activity by the forgers will result in the loss of the staked fund. Also, since the model rewards forgers according to their investment, the more the stake, the more the earnings.

Also, we mentioned how the Proof of Work model rewards only the miner with the first correct solution to the blockchain cryptograph. This has resulted in the collection of high-power hardware devices by people and is known as the mining pool. The rewards are, thus, rigged as the most powerful ASICs always stand the most likely in all mining sessions. The global Bitcoin mining power is half influenced by some four mining pools, three of which are said to be established in China as a result of the inexpensive electricity supply in the country. Proof of Stake, on the other hand, is such that mining rewards (that is, transaction fees) are distributed in proportion to the number of stakes.

How Does it Affect the Environment?

But what does this new proof of work concept mean for the environment? Some experts have said that it will be more sustainable than bitcoin.

By the end of this year 2021, forecasts that indicate that Ethereum could reach $10,000, due to new updates that will arrive to the cryptocurrency network, which involve a change of method regarding the confirmation of transactions. This was made known by the financial expert Megan Kaspar through a live presentation on Yahoo Finances. Here are some of Kaspar’s findings.

It is a greener model on the Ethereum blockchain, because it will stop using the same method as Bitcoin, which rewards miners who are competing with each other to record and confirm transactions on its blockchain. This means more use of computers and thus energy.

Ethereum plans to adopt a much more efficient “proof of stake” participation model that will consume less energy. It would consist of “choosing a block validator at random based on the amount of ether it controls” says the crypto analyst in an interview with Yahoo Finances.

According to Kaspar’s explanation, this change for block validation from “proof of work to proof of stake” will reduce carbon emissions by 99.9%. Undoubtedly, this would make Ethereum a green technology, one of the goals of cryptocurrencies to be mostly accepted by government entities, among other things.

These network upgrades, Kaspar explains, could take Ethereum to a market capitalization that catches up to Bitcoin, i.e., $1 trillion; this would make Ether cost per coin between $8,000 and $10,000.

We now understand that consensus mechanism is the statutory means of mining cryptocurrencies, whether it is based on the Proof of Work model or the Proof of Stake model. While the former is used on networks such as Bitcoin, Ethereum, Litecoin, etc., the latter is adopted on the Dash and Neo networks, etc. The two most used consensus mechanisms, Proof of Work and Proof of Stake, both have their ups and downs; but overall, they have come to negate third parties in financial transactions done on the blockchain.

Such is the influence of the cryptocurrency technology that traditional custodians of wealth (that is, banks) are facing substantial loss in transaction fees and charges as more and more people shift focus from BTC to INR. Could this be the reason for the hostility towards cryptocurrency in India? Along with Nigeria, India is a country that has moved to halt the activities of cryptocurrencies.

Anyone looking to play it safe in India may however look to Remitano. All Indian exchanges no longer have automation banking, due to regulations everyone has had to stop. But at Remitano, fiat wallet still works. This makes Remitano unique. If you are pondering on how to buy crypto or how to convert bitcoin to INR, all you need is a valid means of identification, a bank account with enough rupees or fiat currency for the crypto amount, and a  reliable and hitch-free crypto platform accessible in the country, such as Remitano. It will also help lower the carbon footprint of Ethereum, which will be beneficial for the planet as a whole.