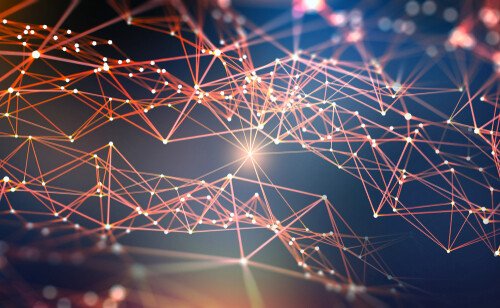 Though usage of green energy sources is steadily growing, it’s growing at just a fraction of a percent every year. Currently renewables account for only about 3% of worldwide energy consumption, while hydroelectricity accounts for only 7%. The lion’s share of power generated worldwide comes from non-renewable sources that contribute a great deal to air pollution in the form of CO2, which leads to climate change. One in four people believe that individuals should take the lead on climate change, but most lack the ability to do so.

The average home solar system ranges from about $13,000 to $22,000, and though they can last as long as twenty years or more it is still cost-prohibitive for most individuals. Though the tech is available, the cost-benefit analysis doesn’t always add up, especially when power grids already exist and provide power at a reasonable cost. But what if there were a way to go green in your home energy consumption without installing your own power grid or costly solar system? The answer may be within blockchain technology, the same technology that makes cryptocurrencies possible.

What Is Blockchain Technology?

Blockchain is a technology on which many cryptocurrencies are built. There are many different configurations of blockchains – public, private, centralized, and decentralized. The basic premise is that there is a digital ledger and each block in the ledger chain contains identifying information from the block before it, making it tamper evident. Blockchains can also be used to create democratic information systems in which all users or many users have to agree that a piece of information is correct. This makes it a great technology on which to build smart systems like smart power grids. A smart power grid can prevent excess energy from going to waste by allowing it to be fed back into the grid, and it can track energy usage to know where to send that excess energy.

A concept known as the blockchain smart grid is shaping up to become the potential foundation of a consumer-based energy market. Much like cryptocurrency works as a consumer-based market, the same ideas can be applied to energy needs. Currently, regulated markets allow traditional power companies to seize a monopoly over energy generation, distribution, maintenance, and billing. In some places your local energy company’s rate structure can even mitigate the benefits of installing your own solar grid.

Most people agree the world should be powered on renewable resources and many people would love to have a greener option for powering their own homes, but ultimately the power company is making the decision as to where the power is coming from. Your only recourse is setting up your own power system with solar panels, wind turbines, geothermal systems, or some combination thereof. It can get pretty pricey.

This is an especially appealing option in developing nations, where entire communities could work together to solve the last mile problem in a way that will positively impact generations. In places where much of the population lacking power is rural and widespread, getting electricity to those last customers has proven to be quite a challenge. While building a blockchain smart grid system in a place that already has a reliable power source could cause concerns about power stability in the long run, in places where power is lacking this new system could bring a stability in service that has long been unattainable.

Rather than building a power grid based on digging up something from the ground and burning it, a smart power grid could give people who have never had access to regular electricity service before the choice to burn clean, renewable energy sources. What’s more, it would assuage fears that adding more power users globally could speed climate change at a time when we are trying desperately to stop it.

The Future Of Power Generation

One way or another we have to find a way to power the world in a more eco-friendly manner. Currently 33% of our power comes from oil, 28% comes from coal, and 24% comes from natural gas. More than a third of the CO2 emissions in the U.S. come from power generation, but the adoption of cleaner technologies has been slow. In order to stop and reverse climate change, we have to figure out how to make cleaner energy sources available to more people at a cost they can afford and also cut out waste in the system.

It’s going to take some time before we adopt clean and renewable sources of energy to power our lives, but giving consumers a choice is a great way to push the demand needle in the right direction. Take a look at this infographic from Lition for more about the possibility for a greener future thanks to blockchain smart energy grids.

Tagline: As we search for cleaner power solutions, blockchain smart power grids might provide an innovative solution. This infographic explains how they work.